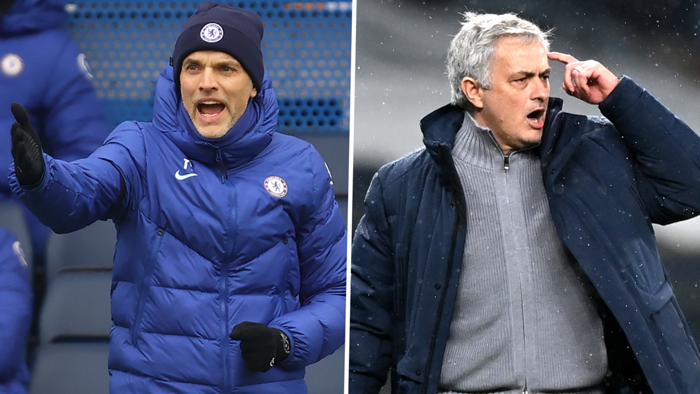 Thomas Tuchel has responded to Jose Mourinho's comments that the PSG job “can't compare” with one in the Premier League ahead of Chelsea's trip to Tottenham on Thursday night.

As he takes charge of his first London derby, Tuchel will also face Mourinho for the first time as a manager and he responded to the comments made by his opposite number.

“Jose’s right, it is a big difference. It’s not a matter of what is better or what is worse it’s just if it fits and right now this fits perfectly for me. I feel absolutely comfortable.”

Tuchel's match at the Tottenham Hotspur Stadium will be his third in charge of the club after Frank Lampard was sacked last week.

It will be against the only man to be sacked twice by Roman Abramovich, Chelsea's billionaire owner, who is famous for being ruthless with his managers. Still, Mourinho is widely regarded as a success at Chelsea, having won three Premier League titles over two spells.

Tuchel was asked how he will handle the desire to get quick results with long-term performances in his approach in west London.

“I think for that we need a good relationship between the players and me so we can always talk about the performance,” he said. “The results will hopefully follow. They don’t follow all the time in football.

“What is performance? It's: 'what does the manager expect of me, why does he expect it of me and what does the team expect from me as a player when I play, and how should we play together as a group'. It's like an orchestra; we have to follow a certain rhythm, discipline and style.