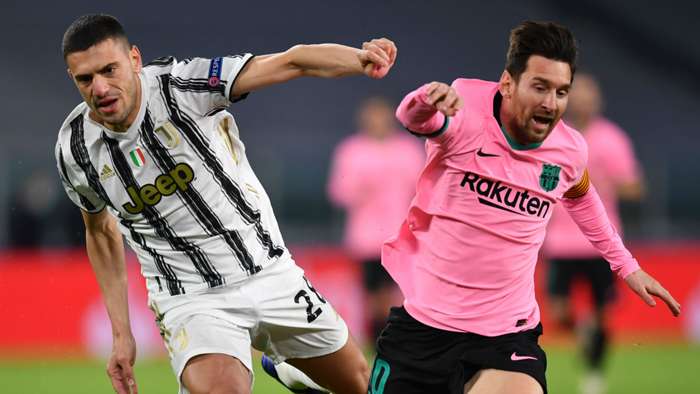 Merih Demiral is finding regular game time hard to come by at Juventus, and has been linked with Tottenham in the recent past, but Goal has learned that the Turkish defender will not be freed to leave Turin during the January transfer window.

Alvaro Morata has picked up an untimely knock and is not expected to recover in time to take in a potentially crucial clash with table-topping AC Milan on Wednesday.

Alex Sandro has become the latest high-profile figure in Turin to contract Covid-19, forcing him into self-isolation, while Demiral finds himself stuck on the fringes of the fold under Andrea Pirlo.

The 22-year-old is back in contention after a month spent stuck on the sidelines, which is considered to be a positive for him.

His mood is, however, said to have been soured further by his absence from a 4-1 victory over Udinese last time out.

The expectation was that Demiral would come into contention for a starting berth in that contest, but Pirlo opted to go with Matthijs de Ligt and Leonardo Bonucci as his centre-half pairing.

Giorgio Chiellini was then introduced off the bench with seven minutes remaining, leaving Demiral kicking his heels.

Speculation in Turkey has suggested that thehighly-rated defender is feeling unhappy at Juve and would welcome the opportunity to start afresh elsewhere.

He wants to become an important part of an ambitious project and is not getting those guarantees from Pirlo at present.

With another winter market having opened its doors for business, rumours have inevitably started to circulate regarding a possible move.

Premier League suitors have been sniffing around for some time and Demiral is expected to make plenty of headlines before the next deadline passes on February 1.

Juve, though, have no intention of entering into discussions regarding a change of scenery.

Their plan is to keep Demiral on their books until at least the end of the 2020-21 campaign, when the bigger picture will be assessed once more.

Taking that into account, things are not about to get any easier for a man who has taken in six Serie A outings and three in the Champions League this season.