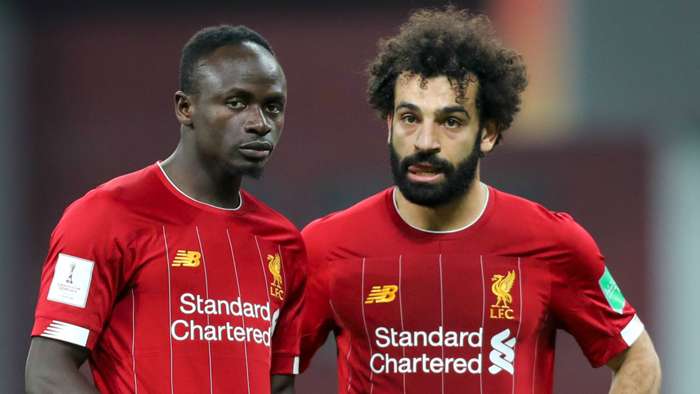 Jurgen Klopp sees no reason why players such as Mohamed Salah and Sadio Mane would want to leave Liverpool, amid ongoing talk of interest from the likes of Barcelona and Real Madrid, with there no “better challenge” than winning at Anfield.

The Reds have enjoyed a remarkable run of success over the course of the last 13 months, with floodgates opened on the silverware front by a Champions League triumph in June 2019.

Having previously struggled to get over the final hurdle across multiple competitions, Klopp finally found a way of delivering on expectations.

Success in the UEFA Super Cup and FIFA Club World Cup has followed, while a record-breaking Premier League title win has brought a 30-year wait for top-flight glory to a close.

There is seemingly little left for Liverpool to achieve with their current squad, which has led to suggestions of certain individuals opening themselves up to new challenges elsewhere.

Klopp, though, is eager to establish a dynasty on the red half of Merseyside and believes every member of his squad should be embracing the opportunities in front of them in England – rather than consider fresh starts in Spain, Italy or Germany.

The Reds boss told The Mirror: “Tell me a better challenge than being successful with Liverpool FC?

“There are a lot of big clubs, but if you go to Madrid or Barcelona, you win the league six or seven times in 15 years.

“Bayern win it nine times and Juventus is similar. These are great achievements but what is really interesting is to make an impact here.

“The plan is for the players to look back and say: ‘One of the most important days of my life was the day I signed for Liverpool’.”

In the present, Klopp is looking to ensure that his players do not lose their focus in the remainder of the 2019-20 campaign.

A 4-0 defeat was suffered at Manchester City in their first outing since seeing a coronation as the kings of English football confirmed, with relegation-threatened Aston Villa next in the Reds’ sights on Sunday.