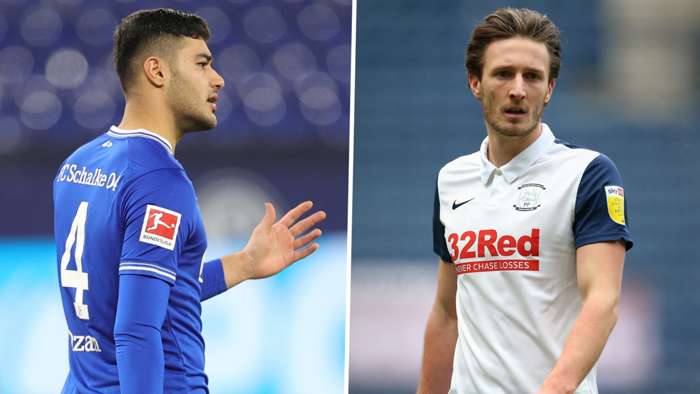 And so in the end, Jurgen Klopp got what he wanted.

Anfield was the place to be on transfer deadline day, as Liverpool completed not one but two deals in the final hours of the January window.

They were interesting deals too, Ben Davies joining from Preston and Ozan Kabak, the highly-rated Turkey international, moving on loan from Schalke.

Two centre-backs, which should surprise nobody given the Reds’ injury list.

What is surprising, though, is the manner of their arrivals.

Liverpool, generally, tend not to get involved in late transfer rushes these days. Their business is swift and decisive, targets identified and secured, usually with the minimum of fuss.

Their last deadline-day signing was Alex Oxlade-Chamberlain, all the way back in 2017, and yet here we had two for the price of one.

A sign of the times, for sure. This is a season like no other, and even the best-run clubs are having to adjust and adapt.

As recently as a week ago the idea of even one new arrival, let alone two, seemed unlikely. Klopp admitted that a centre-back would help his side, but that the ongoing uncertainty surrounding the coronavirus crisis, coupled with the difficulty of sourcing suitable players mid-season, meant Liverpool were likely to keep their powder dry.

“It’s not that nobody wants a new signing,” he said on January 7. “The question is if we can.”

Only last Wednesday, it appeared that they could not. “I don’t expect anything to happen, to be honest,” Klopp told reporters when asked if there could be any late dealings.

Things changed quickly though. Within 24 hours, Liverpool had lost two more centre-backs to injury. Their first four options were all sidelined, three of them for the rest of the season. The decision was made; they simply had to act.

Too late, some will say. This, after all, is hardly a new problem. Liverpool have been short defensively for months. Theirneed was obvious from the moment Joe Gomez suffered his knee injury on international duty back in November.

Plenty, in fact, felt a new purchase was needed when Virgil van Dijk went down in the Merseyside derby a month earlier.

“Liverpool's next signing had to be a centre-back next summer anyway,” said Jamie Carragher, the former Reds defender, on October 19.

“That was the next one, and that has to be brought forward to January 1 - not the end of the month. Bring it forward, pay the extra money and do it on January 1. They have to go big in terms of a signing.”

Liverpool didn’t do as Carragher said. Their business was conducted on February 1 rather than January 1.

A costly error? They dropped 10 Premier League points in January, and exited the FA Cup at the hands of Manchester United. They played seven matches and fielded five different centre-back combinations including, on two occasions, a pair of midfielders in Fabinho and Jordan Henderson.

Both have performed admirably, in fairness, as has Nat Phillips whenever called upon. Rhys Williams had a rough time on his latest start at Old Trafford, but the 19-year-old was superb when making his Premier League debut against Harry Kane and Tottenham in December. Say what you like, but Liverpool are certainly not short of characters.

They needed help, though. Even the senior players felt it. Klopp certainly did. As January wore on, his tone changed. He wasn’t confrontational, just more assertive, a little more open about the situation.

He understood the club’s predicament, but once Joel Matip damaged ankle ligaments in the win over Tottenham on Thursday night, the picture was clear. They knew it was a bad one, likely to rule the ex-Cameroon international out for months rather than weeks. As it happens, Matip’s season is over.

To make matters even worse, Fabinho had pulled up with a muscle problem ahead of the Spurs game, and Liverpool suddenly had their first four central defenders on the treatment table. They simply couldn’t afford to sit on their hands any longer.

Kabak and Davies should ease the load. Different players, with different stories, different backgrounds and the same objective; to make the most of the unexpected opportunity which has presented itself.

Neither could have anticipated how things would turn out.Davies had been set for Celtic before Liverpool stepped in, while Kabak may well have joined Newcastle on deadline day. Instead they’re joining the Premier League champions, preparing for a title race and an assault on the Champions League.

As for Liverpool, they’ll feel that, despite everything, they have moved smartly in the market once more. Even KFC were tweeting about the genius of Michael Edwards, the Reds’ sporting director, on Monday. He knows how to work a deal, that much is clear.

They’ll hope those payments take place, of course. If they do, it means both players have been a success on Merseyside.

And so, with the circus over, it’s back to the main show. Brighton on Wednesday, Manchester City on Sunday. Premier League football. Two wins, and the title race is very much on.