'Klopp has something special' - Manager is reason I chose Liverpool over Chelsea and Man City, says Van Dijk 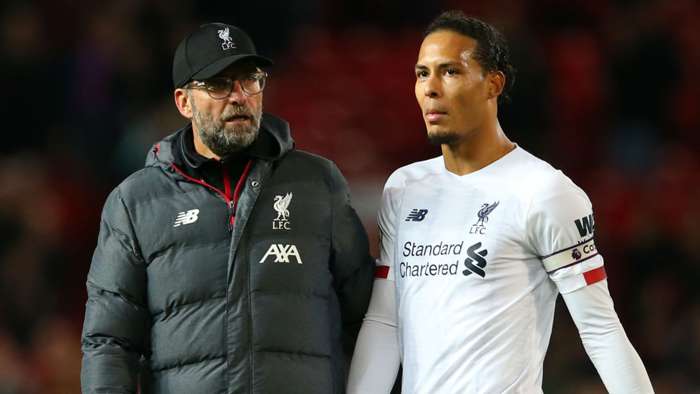 Virgil van Dijk has revealed the Jurgen Klopp factor as the reason he joined Liverpool instead of Manchester City or Chelsea.

The centre-back left Southampton for Anfield in January 2018for a reported fee of £75 million ($95m), which represented a record transfer for a defender.

There were other interested parties in Van Dijk's services, notably City and Chelsea, but the Netherlands internationalonly had eyes for the Reds due to manager Klopp, who led Liverpool to their first Premier League title this season.

"I had the chance to go to Chelsea and Man City," Van Dijksaid in quotes published inseveral national newspapers.

"When you compare the clubs, you look at the history, the town, the current squad, their plans for the near future, but the most important thing you look at is the manager -and Jurgen Klopp is an important reason why I choseLiverpool.

"Klopp has something special. Is it his energy? Is it his overall image? I sometimes sit and think about what he does and what he has more than others.

"I think it is his man-management. These days that is more important than anything in football.

"Klopp gives you this great feeling. He is genuinely happy when you walk into the club in the morning.It may sound daft, but that really inspires you as a player."

In the coming weeks he will get his hands on the Premier League trophy too, with Liverpool's status as champions confirmed last month with seven games still to play.

"I have always said that lifting the Premier League ­trophy would be a dream. That dream has become reality now," he added.

Already a popular figure on Merseyside, Klopp has attained legendary status after guiding his Liverpool side to a first English league title in 30 years, following their Champions League triumph last season.

Having built a phenomenal squad, featuring stars such as Van Dijk, the German boss admits he is not looking too far to the future just yet.

He told the Mirror: "I was seven and a half years atMainz, seven at Dortmund and in 2024, when my current contract at Liverpool ends it will be 23 and half. I have no plans beyond that."