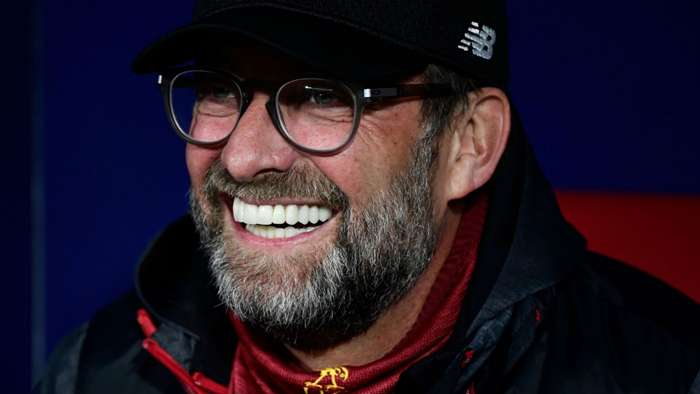 Jurgen Klopp highlighted Liverpool's 2-0 win over Aston Villa as a prime example of why his side are Premier League champions.

The Reds, playing their first game atAnfieldsince endinga 30-year title drought, were made to work hard by their relegation-threatened visitors.

Late goals from Sadio Mane and Curtis Jones got the job done as Klopp's side continued their 100 per cent home record in the league in the 2019-20 campaign.

And the German, who was left angered by Thursday's 4-0 loss to Manchester City,felt it showed just why his side have reigned supreme this season.

"We had to stay on track and do the right things and in the second half we had more of the good moments. You could see we needed time to get used to it."

The result took Liverpool to 89 points, with just 11 more needed from their remaining five matches to equal the record tally achieved by Manchester City two seasons ago.

They could also end the season with the record for most wins and become the first side to win every one of their home games, putting the gloss on what has already been a dominant season by the Merseysiders.

Klopp, however, insists records were not his mind on Sunday and believes obsessing over them would actually prove counter-productive.

"The only thing I can say is there's no chance to win records if you constantly think about records," he added.

"We don't want arecordwe want the three points. We don't think about these things, three points is difficult enough.

"Aston Villa was fighting with all theyhadand it makes life uncomfortable. I like it, it was not a brilliantperformancebut it was a good performance that gets us three points."

Next up for Liverpool is a trip to Brighton on Wednesday before a home game against Burnley next Saturday.