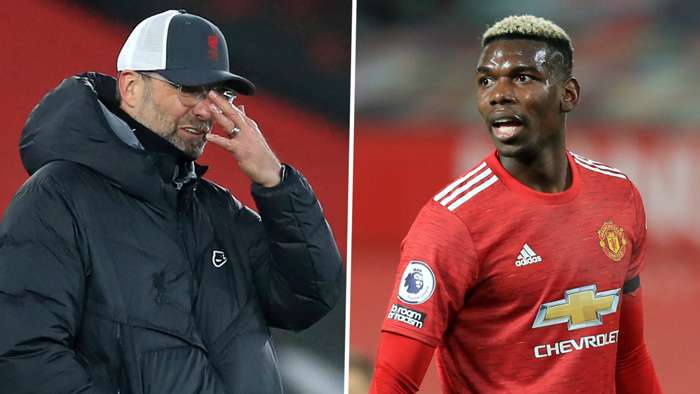 Jurgen Klopp “wouldn’t put up with the way Paul Pogba’s behaved” at Manchester United, says Johnny Giles, with the Red Devils considered to have lost a fear factor when Sir Alex Ferguson headed into retirement back in 2013.

Superstar status was expected to be cemented back in English football, but the World Cup winner has faced questions of his form and commitment throughout a second spell in Manchester.

Giles believes a tougher approach needs to be taken with the enigmatic 27-year-old, with it unlikely that Liverpool boss Klopp would have put up with the headlines he creates on and off the field as the German tactician has Ferguson-esque control at Anfield.

Former United midfielder Giles told Off The Ball of Pogba: “Manchester United, you could pick 11 players, and on the day, they could be brilliant, and then the next day, not so good.

“Then you also have the Pogba influence. I don't want to keep going on about Pogba but it's a fact. He's still there, four years after he joined the club, and they're still talking about 'if he does this, will he do that and on his day'. That's not good enough.

“I've said to people, in my opinion, if you said to Klopp that he could have Pogba for nothing, I don't think he'd take him.

“You look at the Liverpool players and I think they're terrified ofKlopp.

“When Ferguson was at Manchester United, players were terrified of him and that's the way you need it, as they know they won't get away with anything.

“Pogba was only a young player when Fergie first got him out of the club.

“I'm not blaming Pogba for everything, he's a very talented guy, but, in a club where you want to win things and have everyone working for you, I can't see Ferguson putting up with him while he was there and I certainly couldn't see Klopp putting up with him at all.”