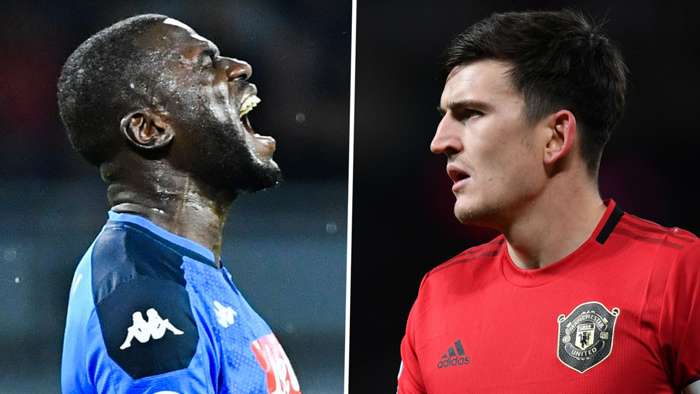 Kalidou Koulibaly would be the “perfect fit” for Manchester United alongside Harry Maguire, claims Dwight Yorke.

The Red Devils sit on a long list of clubs to have been linked with a move for the commanding Napoli centre-half.

Those at Old Trafford have already invested heavily in that area over recent years, with the likes of Eric Bailly, Victor Lindelof and current club captain Maguire brought onto their books.

There is, however, a sense that United could be even stronger at the heart of their back four.

Bailly and Lindelof have suffered form and fitness issues at times, with Maguire the undoubted success story when it comes to big-money recruits.

Yorke believes the Red Devils should be rolling the dice again in the next transfer window, with there every reason to believe that they could win the race for Koulibaly’s signature – despite the Senegalese also said to be registering on recruitment radars at Liverpool and Manchester City.

"Without a doubt I think he's one that everyone is after and if United are going to make some big signings like they always do, I would definitely sign him, if we can afford him then why not?” 1999 Treble winner Yorke told Stadium Astro.

"I think he is the perfect fit to come into centre-half alongside Maguire, that would be awesome to have him there and suddenly we look a proper team then, with the likes of Paul Pogba and Bruno Fernandes and one of the holding midfielders and the front three forwards.

"We become a team who suddenly everybody will be fearing.

"If he's one that everyone is after then why should United not go after him?

"And that sends a clear message that we are hard to beat and certainly with the quality we are possessing at the minute, for me that's kind of a no-brainer if I were United at this stage, or if I was Ole or in Ole's position, I would be persuading to get him because I know how important it is to have another centre-half of his quality alongside Maguire."