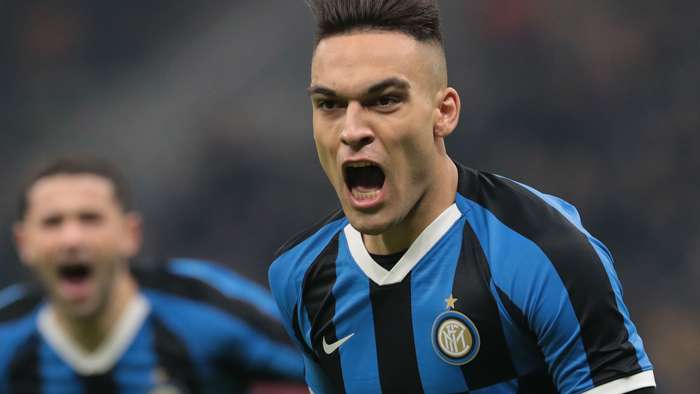 Inter chief executive Beppe Marotta says Lautaro Martinez has shown no desire to leave and remains hopeful the club can fend off any interest in the Argentina striker this summer.

Barcelona are believed to be frontrunners to sign the 22-year-old, who has scored 17 goals for Antonio Conte’s side this season.

The deal would see him link up with international team-mate Lionel Messi at Camp Nou, with the Barca skipper reportedly a big fan of Lautaro’s talents and keen to play alongside him at club level.

As reported by Goal in April,Barca are willing to offer the Argentine a contract worth €10 million (£9m/$11m) a year. But the main issue appears to be the transfer fee.

Lautaro has a €111m (£97m$121m) buyout clause that expires on in July. But such a fee is out of reach for Barca at present, with the Catalan side still needing to offload players just to meet their budgetary requirements for 2019-20. The club may therefore wait for the clause to expire before making a lower bid for his services.

Lautaro, meanwhile, has seen his form decline in recent months, scoring just once in 10 matches, and he also missed a penalty in Sunday's game against Bologna. That has led to accusations his head had been turned by Barcelona and he had already begun to look ahead to life at Camp Nou.

Marotta, though, remains defiant and says the striker is not agitating for a move, which significantly strengthens Inter’s hand in any negotiations that may be taking place with the Spanish giants.

“Lautaro has not shown the slightest desire to leave,” Marotta told DAZN.

“Aside from dates and deadlines, the clearest situation is that Inter do not want to sell their champions or interesting young talents. If the player were to ask to leave, we would evaluate that together, but so far, that request has not arrived.