Leaving Chelsea was the 'perfect decision for my career', says Sassuolo star Boga 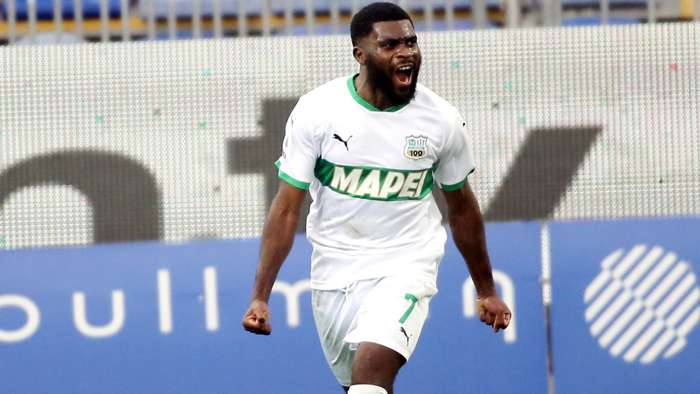 Jeremie Boga has said his decision to leave Chelsea for Sassuolo was "perfect" for his career.

He made just one senior appearance for the London side - a 20-minute cameo against Burnley in 2017 - but he has flourished in Serie A.

"Being at Chelsea and being loaned out was definitely a bit frustrating for me, but that didn't come as a surprise either," he told BBC Sport.

"At that time, young players weren't given many opportunities at Chelsea, so the best option for me was to leave and mature on loan.

"I am not judging Chelsea for not giving me that much time on the pitch. Everyone has his own path and I simply followed mine.

"Maybe I could have had longer loan spells in the past, maybe two years instead of one year only, but when I decided to finally leave Chelsea to move here, I took the perfect decision for my career.

"In terms of my development, Sassuolo is exactly what I was thinking of at that time."

Boga has made 79 appearances in all competitions for the Italian side and scored 17 goals.

This season he has netted three times in 16 Serie A appearances forRoberto De Zerbi's team, who sit ninth in the table.

The Ivory Coast international is happy with the progress he has made in Italy and feels he has settled in well since joining the club.

"Everyone has made me feel at home here since the very first day and I have always felt the confidence of staff and team mates," he said.

"My goal is to play a very good season here and achieve my personal and team targets, which we keep to ourselves but I assure you they are very high."