Lewandowski has put in the groundwork for Ballon d'Or win - Flick 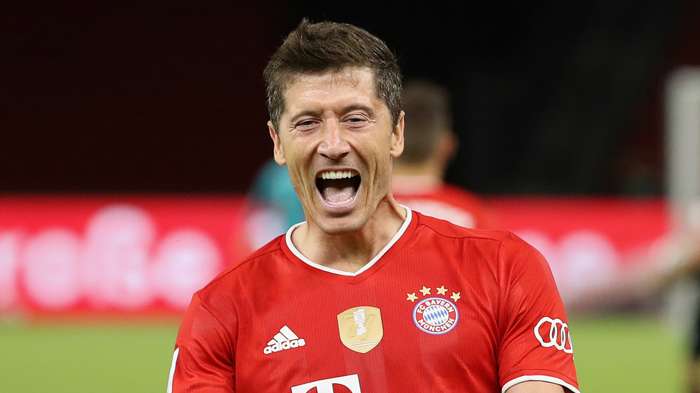 Lewandowski scored twice as Bayern eased past Bayer Leverkusen 4-2 on Saturdayto retain their DFB-Pokal crown and wrap up a domestic double for the second successive season.

After David Alaba and Serge Gnabry put Bayern ahead, Lewandowski took centre stage in the second half with goals in the 59th and 89th minutes behind closed doors in Berlin.

It continued Lewandowski's red-hot form in 2019-20 after the Poland international star exceeded half a century of goals across all competitions this term.

Lewandowski topped the Bundesliga charts with 34 goals to lead Bayern to an eighth consecutive title, while he has netted 11 in the Champions League as Europe's premier club competition prepares to return next month.

"The way he takes the ball down there and the way he locks up. Of course, he's had a bit of luck with that as well. But that's what distinguishes him, that he has this confidence in his quality.

"If I measure for goals now and I see that he has scored 34 goals in the Bundesliga this year, then you can think about how a player from the Bundesliga can become the Ballon d'Or winner. So why not? He has laid all the groundwork with this achievement this year and I would wish him well."

Lewandowski's season isn't yet over either with the Polish striker set to be in action again in August when the Champions League resumes.