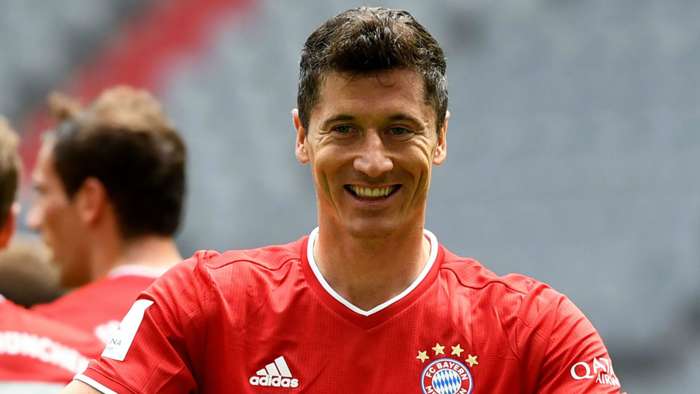 The 31-year-old has plundered 51 goals in all competitions, allowing him to raise an individual bar by some eight efforts – with further Champions League outings to come.

Lewandowski was expected to be a leading contender for the 2020 Ballon d’Or, only to see France Football cancel the awarding of a Golden Ball amid the coronavirus pandemic.

Matthaus believes the Bayern forward would have been recognised as the planet’s top performer, with his ability having lifted him to the very top of a global game.

A man who was named World Player of the Year in 1991 told Abendzeitung of Bayern as they prepare to face Chelsea in European competition: “Motivation and greed are automatically there for every player in this phase of the Champions League.

“You shouldn't put yourself under too much pressure, you have to approach the task with serenity and looseness.And that's what sets these boys apart.

“Joshua Kimmich, for example, is very ambitious, but he plays as calmly as a 30-year-old experienced dog.

“And you don't need me to say anything more about Lewandowski, he has put in fantastic performances.For me he's not just the best striker in the world right now, he's the best player.”

Lewandowski can underline that standing by helping Bayern to a first Champions League crown since 2013.

The likes of Thiago Alcantara and Philippe Coutinho could also have a role to play in that quest, despite the former being linked with Liverpool and the latter due to return to Barcelona at the end of his loan spell.

“Hansi Flick has managed to keep players like Thiago, Coutinho and Lucas Hernandez happy this season, even if they were not always in the starting line-up,” added Matthaus.

“The past few months have shown that the Bayern squad is very well positioned in terms of character, there were no quarrels, no internal anger.So I'm sure that Thiago and Coutinho will tear themselves apart for Bayern in their final weeks.

“Everyone has the big goal of winning the Champions League.And that is only possible together.”