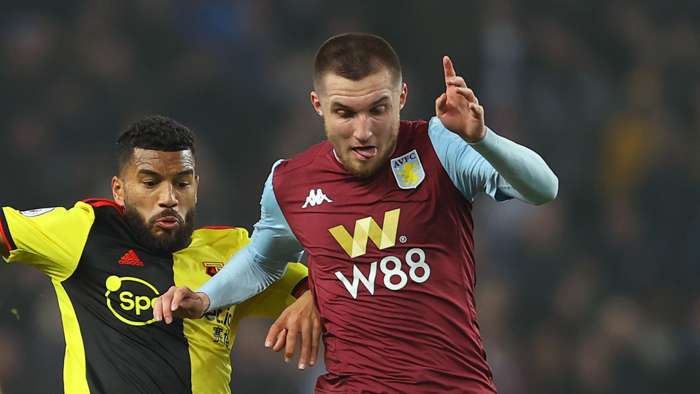 A 4-0 defeat at Manchester City was not how Liverpool wanted to celebrate winning the Premier League, but they have a chance to bounce back when they host Aston Villa on Sunday.

Jurgen Klopp’s men showed little resolve as they were swept aside by last season’s champions in midweek, and a much-improved performance will be required against struggling Villa.

Five wins from the next six games will be enough to topple Man City’s points record and Liverpool are 1/3 (1.33) favourites with bet365 to pick up threehere.

Aston Villa have not won any of their last eight games and are offered at 15/2 (8.50) to stun the champions and boost their survival hopes.

A point would certainly be welcomed by Dean Smith’s men and it is a 9/2 (5.50) shot that they become the first visiting team to take anything from Anfield since Leicester in January 2019.

Andrew Robertson and Joe Gomez could sit this one out after notably poor performances against City, whilethe likes of Alex Oxlade-Chamberlain and Naby Keita could be handed starts.

Matt Targett and Bjorn Engels are both out, but Frederic Guilbert is in contention after overcoming a knee injury.

Aside from the first 15 minutes, Liverpool’s title hangover was certainly evident on Thursday as they were mauled by Man City, and Klopp will no doubt be after an immediate response from his players.

It will not be easy, though, as whilst Villa have picked up just two points from four games since the restart, they have only conceded four goals in that time.

Also the Reds needed late heroics from Sadio Mane to claim victory in the reverse fixture back in November,so could be in for another tough battle to maintain their 100 per cent home record this season.

A tense affair could be in order at Anfield and backing Aston Villa +1.5 on the Asian Handicap market at 1.940 with bet365 offers good value for punters ahead of Sunday’s clash.