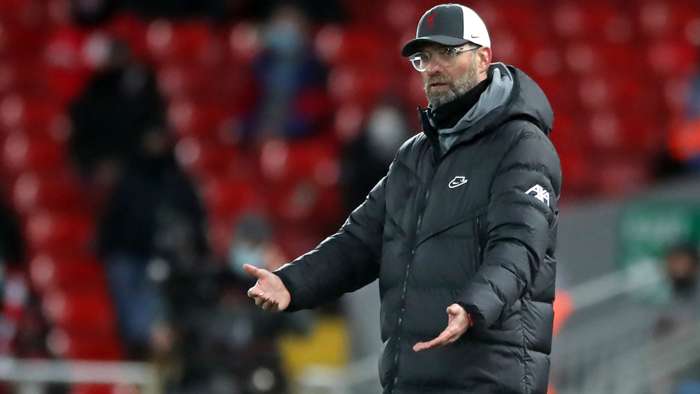 Liverpool are unlikely to alter their approach to recruitment by seeking a “quick fix” in the January transfer window, says David James, with there no need for “kneejerk” reactions at Anfield.

He has seen his squad decimated by injuries during the 2020-21 campaign, with a number of senior stars having spent time on the treatment table this season.

The likes of Virgil van Dijk and Joe Gomez are still there, while Joel Matip is also out of action and leaving the defending Premier League champions alarmingly short on centre-half options.

Academy graduates such as Rhys Williams and Nat Phillips have been asked to step in, while Fabinho and Jordan Henderson have dropped out of midfield roles when required.

A lack of proven options in a vital area of the field was expected to see Klopp ask for more funds to be made available, with various targets being mooted – from Dayot Upamecano to Kalidou Koulibaly via Ben White and David Alaba.

James, though, believes that Liverpool will resist any urge to invest for the sake of it, especially as recent business on Merseyside has been carefully considered in order to find the greatest value.

The former Reds goalkeeper told Stadium Astro of the speculation at Anfield: “I’m always wary about transfer windows. Every club is the same, pretty much, in regards to finance in this current time.

“With Jurgen, their recruitment model has been fantastic up to this point. They have brought players in that they have been needed in a certain place and it fits a structure.

“A kneejerk reaction to improve this season would go against that model.

“There is a lot of call for a replacement for Van Dijk, but they have got young players who can do it. It’s whether they can turn round these young players, the likes of Williams and Phillips, and get them to be more consistent.

“I don’t think there should be a kneejerk reaction to replace anyone at this moment.”

While James believes Liverpool can make do until senior stars return, the Reds have hit a wobble of late.