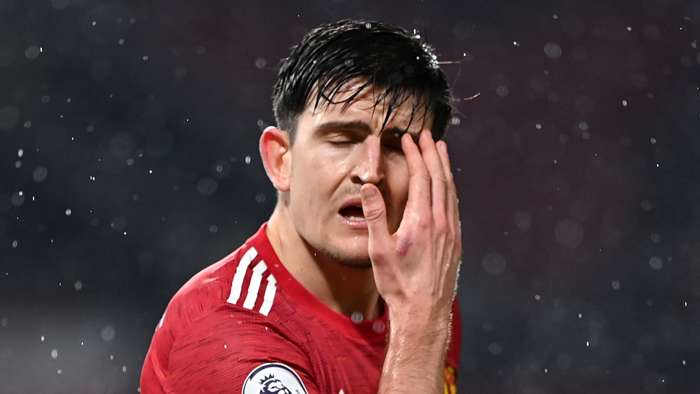 Harry Maguire admits to having been stung by a “debateable” fine at Manchester United, with Nemanja Matic running a tight ship when it comes to keeping the Red Devils in check.

Maguire is happy for Matic to take the lead on that front, with an experienced Serbian midfielder drawing up a list of regulations that team-mates have to adhere to in training.

For the most part, a star-studded squad abide by the rules and steer clear of having to put their hand in their pocket.

Occasionally, though, even the best-behaved United stars find themselves coming unstuck, with Maguire revealing that he has slipped into that category – although he still contests Matic’s decision.

The England international centre-half, who joined the Red Devils for £80 million back in 2019, has told United’s official podcast: "I've been fined once which is still debatable.

"It's crazy but I let Nemanja do it. I took the hit and put the money in the pot.

"When you meet in the gym before training for pre-activation you are not allowed your phone. We did pre-activation, I didn't have my phone. But then you go outside to put your boots on and you aren't allowed to go on your phone in that period. I had my phone and carried it out with me.

"I wasn't on my phone because straight after training I was going to put my trainers back on and go up for a massage instead of coming all the way back.

"I could have gone straight to a massage and Nemanja fined me for that. He's strict with everyone so I'm happy. I can set the standard."

Maguire added on the fine system that United have in place: "We have lates for training, meetings and travel. They are the three big ones.

"We mainly have one set fine but double on match day. I just like to keep it simple. If you have too many fines it ends up too messy."