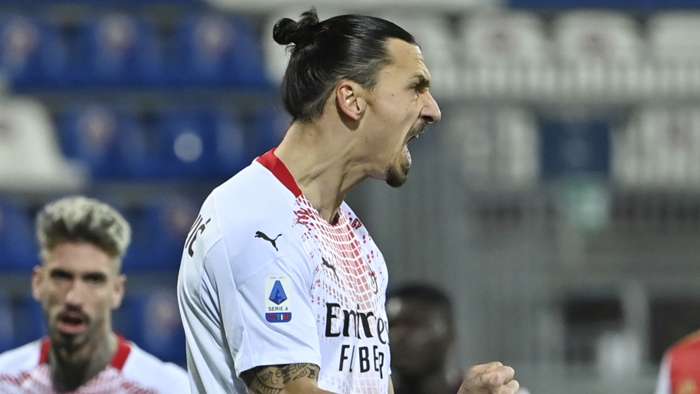 Paolo Maldini has claimedZlatan Ibrahimovic is open to extending his stay at AC Milan, provided his body is able to cope with the rigours of top-flight football.

Following the game, Milan coach Stefano Pioli spoke positively about the 39-year-old extending his expiring contract - saying it was up to the player tocommit - and club technical director Maldini feels the forward is keen on penning a new deal.

“We are one of the youngest teams in Europe and we need a leader like Ibrahimovic,” Maldini told BeIN Sports. “He’s told us that the contract extension depends on his body.

"But if he carries on performinglike this, I don’t see why he shouldn’t be continuing his career here.”

The starting point is his performance on the pitch. Age seems to be no barrier to the Swede, who has netted 14 times in 11 Serie A appearances - which has gone a long way to propelling his team to the top of the Serie A table.

But, as Maldini alluded to, Milan’s squad is filled with young talents and having an experienced head to lead the way is priceless - especially when it is a talent as big as Ibrahimovic.

And his work ethic is rubbing off on the youngsters, as Pioli added: “It’s almost a race nowadays between the players to get to training early and leave later than anyone else. We’re enjoying ourselves and want to give our best.”