Man City's poor away form a mystery for Bernardo Silva 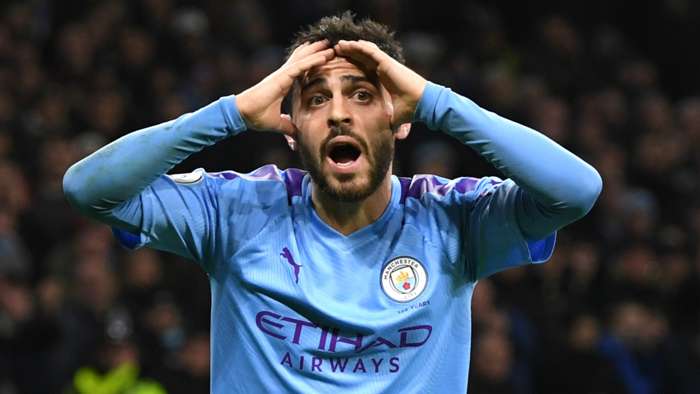 Bernardo Silva accepts Manchester City cannot afford to drop points away from home with such regularity if they are to compete for the Premier League title again next season.

Deposed champions City thrashed title-winners Liverpool 4-0 at the Etihad Stadium in midweek but came unstuck on the road at Southampton, losing 1-0 to a stunning Che Adams goal on Sunday.

It was a third consecutive defeat away from home in the league for City, manager Pep Guardiola's worst such run of his coaching career.

City star Silva could not explain the disappointing streak but recognised the team must improve before the 2020-21 campaign.

"I don't know. I don't have the answer to that," the Portugal international said. "Of course, it's always better to play at home, a place where we're used to being.

"But there's no excuse for that. We need to improve next season if we want to win again the Premier League."

"I honestly think we played well today," explained Silva, whose City are second and 23 points behind Liverpool with five games remaining. "We created plenty of chances but couldn't score them. Then little mistakes cost us the game.

"Overall, I think 88 minutes of the 90 of this game were spent in the Southampton half of the match. But congratulations to them.

"We didn't play a bad game. I thought we started well in the second half especially - we put a lot of pressure onto them - but we couldn't finish our chances.

"I think we need to improve. We need to check the mistakes that we made today, the little mistakes that, for example, cost us the goal and the few chances they had.

"But overall, the way we played, I honestly thought it was good."

Guardiola's side next face Newcastle at home on Wednesday before facing Brighton away as City are given a chance to end their losing streak on the road.