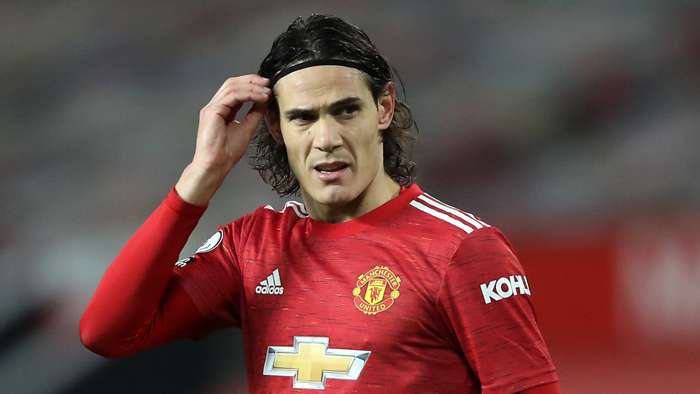 Edinson Cavani should be fit for Manchester United’s clash against Everton this weekend, with the Uruguayan having been brought off at half-time during the Red Devils’ win over Southampton.

“Edinson should be available he got a bad ankle knock,” Solskjaer explained at his pre-match press conference. “Eric Bailly is a doubt and apart from that everyone is raring to go.”

Another player who will not be available is out-of-favour goalkeeper Sergio Romero.

The Argentine shot-stopper has not been included in this season’s Premier League squad after falling down the pecking order following Dean Henderson’s return from a loan spell at Sheffield United, and is expected to leave the club at the end of the campaign.

Speaking about his situation, Solskjaer said: “Sergio is working hard and training, he’s in the group. He lost a lot of training early on in the season he joined us very late having had some time back home and over Christmas too he’s had some time back in Argentina with family. He’s working with the keepers but with Dean and Lee Grant and David de Gea, it’s been more difficult to get in the match squad.”

With the game against Everton on Saturday night followed by another home clash on Tuesday against West Ham in the FA Cup, Solskjaer is looking for his team to build on the big result against Southampton and get some momentum going as they look to mount a title challenge.

“We have to build on this and really thrive on it, the more games we play in a short space of time we don’t get time to sit back and enjoy the last game, that’s a good thing because you can sit back and think we scored nine but that’s not just going to come by itself,” Solskjaer explained.