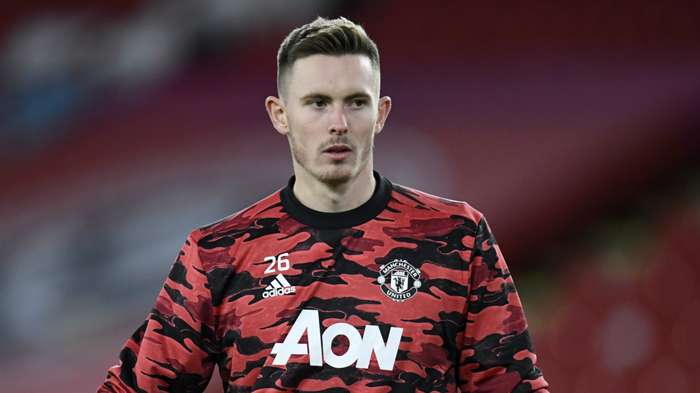 Dean Henderson has called on Manchester United to "paint the city red" by securing a "dream" derby victory in the Carabao Cup semi-final.

The two teams met at the same stage last term, with the Blues coming out on top after two legs, but Ole Gunnar Solskjaer's side are in better shape this time around.

The Red Devils have won nine of their last 11 domestic outings, emerging as the closest challengers for Liverpool's Premier League crown in the process.

That run also included a Carabao Cup quarter-final victory against Everton, during which Henderson impressed after being handed a rare start ahead of David de Gea.

The England goalkeeper will likely be restored to Solskjaer's starting line-up against City, and he knows exactly how much it will mean to supporters if United can get one over on their old enemy.

"This one will mean a lot,”Henderson told the club's official website.“Obviously the vibe will be massive throughout the city.

"The city is mostly red, and we need to paint it red. But we’re getting better all the time, so hopefully we can get a good result.

“One team has got to win it, so I think both teams will go for it. We’ll probably take the game to them and have a go, and see what comes off.”

Asked how it would feel to help the Red Devils reach their first final since 2017 by beating City, the 23-year-old responded: “It’d be fantastic.

"I know a few Man City fans from when I was growing up, and obviously there was rivalry between us, even at school and things like that.

“To beat them and to be involved in it would be a dream come true.

“They’re the sort of things you think about as a young kid. It’d be amazing, and something I’m really looking forward to.”

United haven't won a major trophy in three years, and Henderson has stressed the importance of bringing that lean spellto an end as soon as possible with a ticket to Wembley to face Tottenham up for grabsin midweek.

He added: “It's massive. The club’s built on silverware. We need to win trophies and obviously we’re improving and evolving on the pitch, but no one cares unless we win trophies.So we need to put that to the forefront of our minds, and we need to find a way to do that.