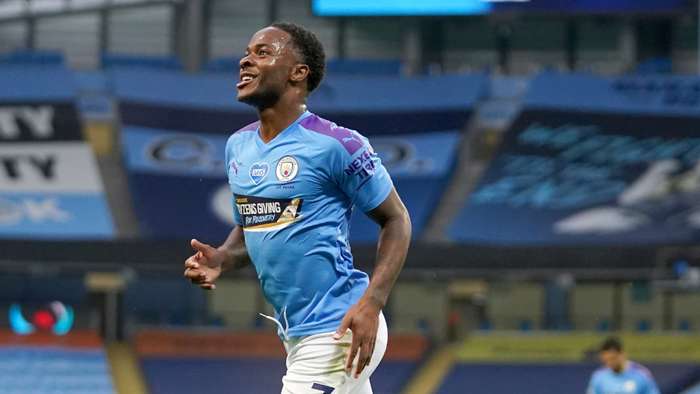 With Liverpool having sealed the Premier League title, City's chances of adding to their Community Shield and Carabao Cup successes this season are in the Champions League and FA Cup.

Pep Guardiola's side will face Arsenal in the FA Cup semi-finals, while they will carry a 2-1 lead into their Champions League last-16 second leg against Real Madrid.

Sterling, who scored in City's 4-0 thrashing of Liverpool on Thursday, is eyeing two finals to finish the campaign.

"Hopefully, we can finish with an FA Cup final and a Champions League final," the star attacker said, via the club's website.

"We are a team that missed out on the Premier League and we have got to go on and try to do our best as we can in all competitions and that is the FA Cup and the Champions League.

"It is difficult seeing Liverpool take the title from us, but they have been brilliant all year.

"On Thursday, it was just another game, but it was a chance to finish high. In the Premier League we need to win all our games and finish on a high in the FA Cup and the Champions League."

Asked how motivated City were to get one over on the 2019-2020 Premier League winners, the 25-year-old toldSky Sports after the match:"They (Liverpool) have been brilliant all year, we wanted to have a good game against them.

"We knew we were behind, have been disappointing at times. We had a test against the current champions to make a point and we did brilliantly. Next season started today and we did well.

"This is a team that is evolving and changing, you can see the maturity Phil (Foden) is playing with. I think in the future we have some great players."

Guardiola will now start preparing his players for a trip to St Mary's to face Southampton on Sunday, which comes three days before a home clash against Newcastle.