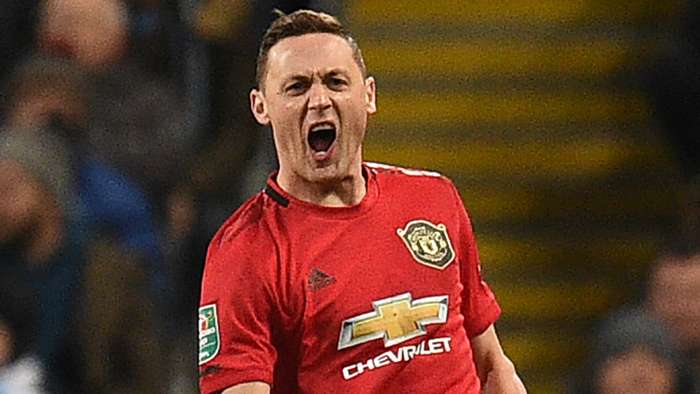 Manchester United will soon be ready to compete for the Premier League title, says Nemanja Matic.

Ole Gunnar Solskjaer's side were unable to string a consistent run of wins together in the first half of the season, but a19-match unbeaten streak saw them climb back up the Premier League table while progressing in the FA Cup and Europa League.

That impressive sequence came to an end when they were beaten 3-1 by Chelsea in an FA Cup semi-final clash at Wembley on Sunday, but United still have plenty to play for in the final weeks of the campaign.

Champions League qualification will be secured if they pick up at least four points from their final two fixtures against West Ham and Leicester, before preparations begin for the second leg of their Europa League last 16 tie against LASK next month.

Matic doesn't think United are too far away from challenging Liverpool and Manchester City for Premier League supremacy, after making great strides forwards as a team over the past 12 months.

"I think we are improving every day, game by game, step by step," the Red Devils midfielder told Sky Sports."I have to say that there is big difference between the beginning of the season and now - in a positive way, of course.

Matic added on the impact Fernandes has had on the United squad since his winter move from Sporting CP:"He's a great player. I think we all appreciate that he is with us. He has a lot of quality in his legs and he brings something extra to our team. He's going to be a very important player in the future of Manchester United.

"We try to have a good connection on the pitch, especially because when the team recovers the ball, we have to find the players in front of us as soon as possible.

"We need to always find that connection and at the moment it's working really well. Of course, we know it didn't go so well in the Chelsea game, but we have to accept that and respond against West Ham."