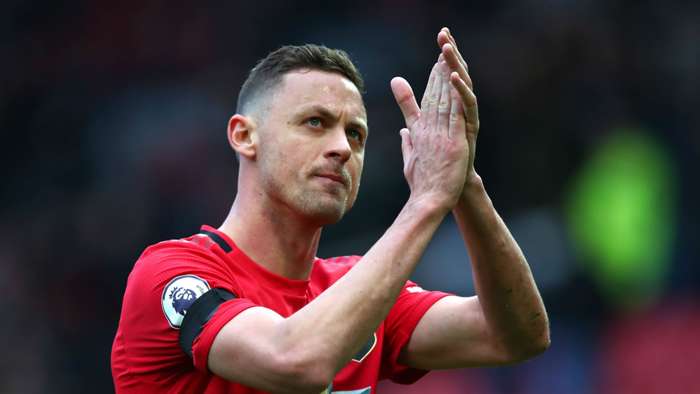 Nemanja Matic has signed a new Manchester United contract which will keep him at the club until 2023.

The Serbian has been key for Ole Gunnar Solskjaer’s side during their current unbeaten run and has been rewarded for his good form with a new deal.

There were doubts over the midfielder’s Old Trafford future earlier in the year as he struggled to keep his place in the starting XI after a slow start to the season.

The 31-year-old was considering a move away from United if game time was to be limited and his contract was set to expire this summer.

The club exercised an option to extend that deal for a year back in March and the former Chelsea man has now agreed fresh terms to keep him at the club for another three years.

Matic has made 27 appearances in all competitions this season and has been central to the club’s current good form acting as a shield in front of the defence, and the midfielder, who has made 114 appearances since arriving in 2017, is delighted to be extending his stay at the club

“Iam very happy that I will continue to be part of this great club. As a player, I still have a lot more to give and achieve in my career and to do that with Manchester United will be a huge honour,” Matic said.

“This is a really exciting team to be part of, we have a good balance of youth and experience within the squad and there is great comradery amongst the group.

"This is a key part of the season and we are playing well.We will continue to fight to finish the season on a high and make our amazing supporters proud.”

Solskjaer regularly started Matic after Christmas after an improvement in his form and the Norwegian explained why he is happy he has signed a new deal.

“I am delighted that Nemanja has signed a new contract, I know his experience, professionalism and leadership will be invaluable to this young talented group,” Solskjaer said.

“We have great strength in midfield and Nemanja’s attributes are a key part of that. Nemanja has been here for three seasons now and really understands the values of playing for Manchester United.

"He remains hugely ambitious and determined which will be vital as we look to achieve our aims over the coming years.”