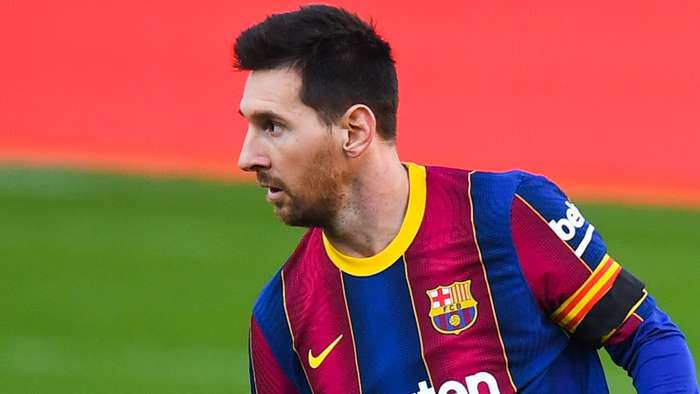 Barcelona star Lionel Messi is now free to discuss terms with any clubs, as his current contract at Camp Nou expires on June 30.

Although Messi has been associated with Barcelona since he joined them in 2001 as a youth, his future hangs in the balance after he came close to departing the Catalan side in the summer of 2020.

Ultimately, Messi was unwilling to go to court over Barca’s refusal to part company with him and would eventually stay put, but with his deal concluding in June, the Argentina star may find himself playing senior football for another club for the first time come August.

Messi has been unhappy with Barcelona's lack of competitivenessin recent months. The club relinquished the Primera Division title to Real Madrid in the summer and have failed to fire under new boss Ronald Koeman.

The Blaugrana find themselves sixth in La Liga, an alarming 10 points back from leaders Atletico Madridhaving played a game more.

Having habitually challenged for the title since Messi debuted for the club in 2004, to simply be fighting just to make the Champions League next season represents quite a comedown.

Goal confirmed that neither the player nor his father, Jorge, have been in touch with any club. There has not been a single meeting or any contact with any other side, be it informal or casual, due to the sporting law that prohibits it.

Now, Messiis no longer bound by such a rule and can begin negotiations with any side he wishes.

It is not expected that he will decide before Barca’s presidential election on January 24, with all the candidates indicating the importance of retaining Messi at Camp Nou.