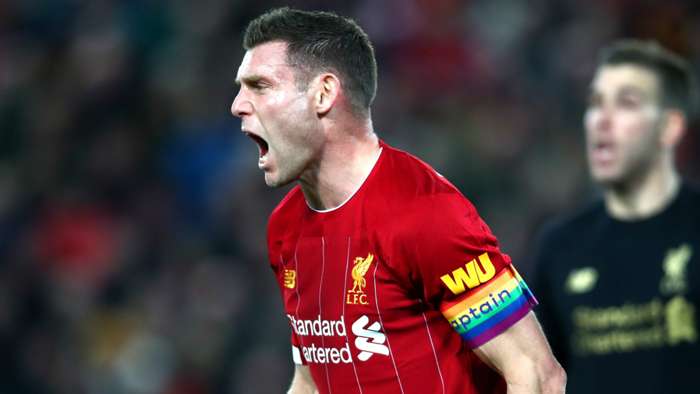 James Milner admits that he could have pushed for a move away from Liverpool when asked to play at left-back throughout the 2016-17 campaign, but the 34-year-old has never shirked a challenge and is now a Champions League and Premier League title winner at Anfield.

Jurgen Klopp has always embraced the versatility offered to him by an experienced former England international.

Milner has, however, starred on a Premier League stage for close to 20 years as either a winger or combative central midfielder.

He is more than capable of filling in at the back, but those areas of the pitchare not where he feels the most comfortable or at his best.

An entire season was spent providing cover in defence during Klopp’s first full campaign on Merseyside and Milner concedes that he could easily have sought a more prominent role elsewhere.

He told Sky Sports: "It was what the manager needed at the time. There's always going to be positions you prefer but you do what's needed for the team. I suppose at that point I could have turned around and said, 'No I don't want to do that, I want to leave.'

"He came to ask me to do it in pre-season and my mindset was, 'OK, how can I be the best I can be in that position?' and I started to learn the role. A few of the boys were a bit surprised when we set up at pre-season training the next day and I was at left-back, but that was part of the fun."

Milner added: "Do you want to walk away from Liverpool and a manager of his calibre and not be part of something? I did the job as best I could and the year after that I don't know what was in his mind. Maybe he thought, 'Left-back, that's him done,' so it was a challenge to force my way back into the reckoning in midfield and I managed to do that."

Milner has helped Liverpool to get back to the top domestically, in Europeand globally after opting to stay put, with a new three-year contract penned in December 2019.

It could be that he brings the curtain down on a distinguished career at Anfield, but the Leeds native is not ruling out a return to his roots at some stage having seen a second spell at Elland Road mooted.

Milner said: "You never know in football, what's around the corner, but I just want to contribute and win as many trophies as I can for Liverpool and add to the great history here.

"I'm biased, but I think the Premier League will be a better place for Leeds in it, and it will be weird to play against them next season.

"It seems a long time ago since I pulled on that shirt, you look back at photos and see how big the shirts were back then. Plenty has changed since then, unfortunately I was part of the team that got relegated and they haven't come back and recovered just yet. It would be great to see them back next season and their fans are incredible as well."