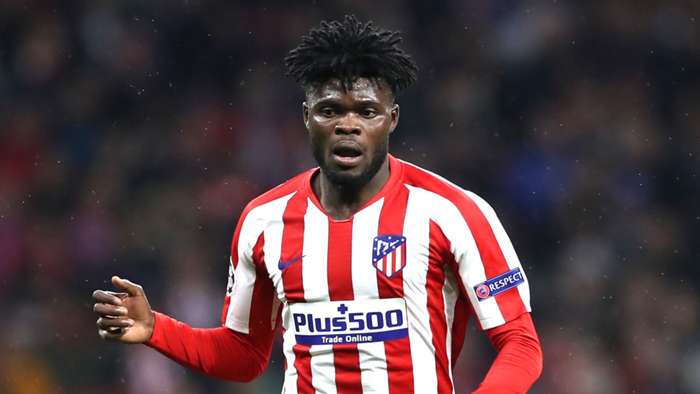 Thomas Partey shouldn't join Arsenal because he is a Champions League player, according to former Ghana international Derek Boateng, who doesn't want to see theAtletico Madrid star"lose everything" by making the wrong choice over his future.

Partey has enjoyed another fine season with Atleticoin 2019-20, scoring three goals in 41 appearances across all competitions.

His performances have helped Diego Simeone's side rise to third in La Liga, while also reaching the quarter-finals of the Champions League.

The 27-year-old has impressed enough to attract admiring glances from a number of elite clubs, including Arsenal, who have been tipped to launch a bid for his services this summer.

However, Boateng does not believe that Emirates Stadium would be a good fit for his fellow countryman, given the fact that the Gunners are likely to miss out on a place in Europe's elite competition for a fourth successive year.

Arsenal likely need to win every remaining Premier League game and hope teams above them slip up to qualify, but the ex-Ghana midfielder can't see them being "ready" to jump back onto the biggest stage any time soon.

When asked to weigh in on speculation surrounding Partey's future, Boateng told Joy FM:"He needs to be at a place where he will be happy, respected and get a lot of playing time.

"You can make all the money you want but if the coach doesn’t play you, you won’t be happy.

"I will not advise him to move to Arsenal right now because he is a Champions League player and with the look of the Arsenal team right now, they are not ready with the kind of players they have and some are going to move.

"They are playing very well but you can see the inexperience hurting them and with the way the Premier League is going right now, it is going to be really tough.

"If he wants to move, he has to move to a team that plays in the Champions League otherwise he will lose everything."