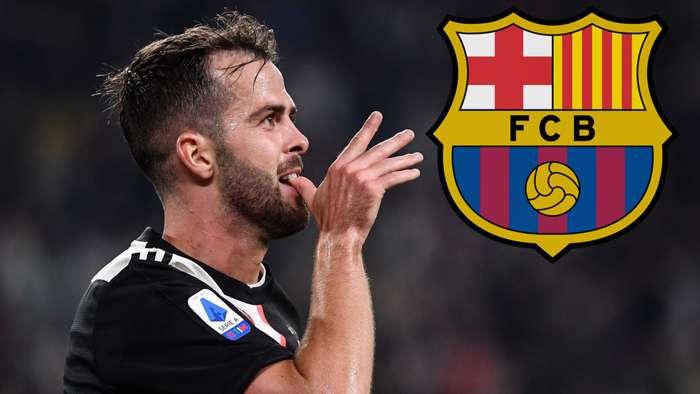 Miralem Pjanic will not be fazed by or feel “jealous” of Lionel Messi and Co when linking up with Barcelona, says his former fitness coach at Roma, with the Bosnian midfielder being backed to spend “many years” at Camp Nou.

A deal has been struck that will see a highly-rated playmaker trade places with Brazil international Arthur, with Juventus agreeing a trade agreement with European rivals.

Pjanic will head to Spain at 30 years of age and with his output having dipped over seasons when it comes to creativity – with only five assists contributed in Serie A during the 2019-20 campaign.

He is, however, a proven performer at the very highest level and a player that Barca have had their eye on for some time.

Paolo Rongoni, who previously worked with Pjanic at Roma, believes a switch to La Liga will prove beneficial for a performer who prides himself on hard work and is still at his peak on a physical level.

“I can't speak about Arthur but Pjanic is 30. Due to his professionalism and physical condition, he can still play for many years yet,” Rongoni told Sport.

“Look at the way he moves the ball unlike so many others. Of course he's got the required quality for Barca or any other top club in the world.

“He's technically sound, has incredible vision, can pass and is a magician at free-kicks.He always adds a lot of goals and assists. He's a mature player.”

Pjanic is also considered to be a humble character that will have no issue sharing the limelight as part of a star-studded Barca squad.

Rongoni went on to say: “He's an athlete of the highest quality. You need to remember Pjanic usually covers 13km per match. He trains to the fullest and only thinks about improving.

“He's a great professional and he takes care of himself both on and off the pitch. That's why he's suffered fewer muscle injuries than most players at Roma and Juve.

“He recovers fasttoo and isn't jealous of bigger names he shares the dressing room with.”