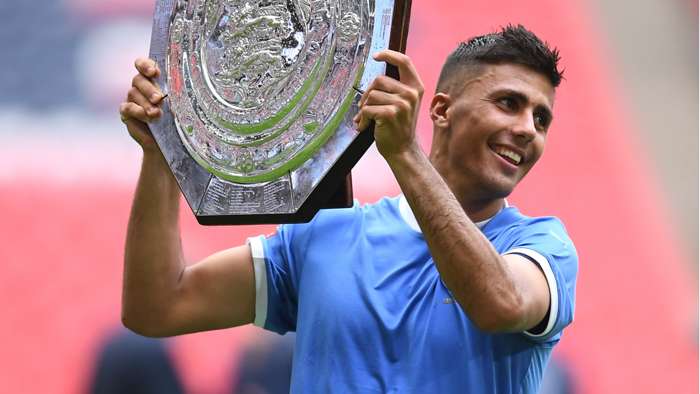 Manchester City can still enjoy “an unbelievable season” in 2019-20, says Rodri, with the Spanish midfielder looking to end a “dream” debut campaign in England with four medals to his name.

The Premier League title has been surrendered by those at the Etihad Stadium, with Liverpool stealing that prize away in record-breaking style.

Pep Guardiola’s side have, however, already lifted the Community Shield and Carabao Cup.

They are also through to the semi-finals of the FA Cup and hold a 2-1 lead over Real Madrid in a heavyweight Champions League last-16 encounter.

With two major honours still to play for, and there no sign of the Blues allowing their standards to slip, Rodri is among those looking to end what has been a challenging season for all concerned with a flourish.

He said in the Daily Mail: “We have two trophies already, we are fighting for another two, and this could be an unbelievable season for us if we win those two - it will be the best season this club has ever made.

“We want to fight. This is not over. We wanted to win the Premier League but we couldn't, so it is OK, we are going to fight for the others.”

City showed Liverpool the respect they deserve when giving the Reds a guard of honour at the Etihad in their last Premier League outing, but then proceeded to pick apart the newly-crowned champions.

A 4-0 win is considered to be an early marker put down for 2020-21, with Rodri among those seeing things that way.

He added: “I think the mentality of the boys was that we started next season on Thursday. We need to start right now if we want to fight for the next one.”

Rodri will be back for more next season, with the 24-year-old convinced that he made the right career call in leaving Atletico Madrid for Manchester in the summer of 2019.

He said: “It is a great experience where I have learnt a lot. It is the dream for me, I love the Premier League.