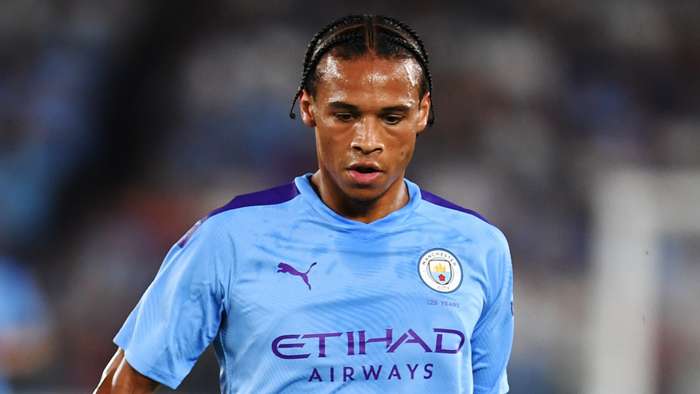 Willy Sagnol understands exactly what it takes to be a success at Bayern Munich.

The former France international played over 250 times for the club, winning five Bundesliga titles from 2000 to 2009 and even helping them win the 2000-01 Champions League.

The retired full-back believes he knows what is best for the club, advising them against signingwinger Leroy Sane from Manchester City, telling RMC : “He doesn’t correspond at all to Bayern in terms of his character.

“He’s someone whose form is very inconsistent and who is very withdrawn.

“For me, he doesn’t suit the club at all. He’s had a lot of problems at Manchester City and with the national team.”

Bayern Munich have been looking for a specific type of player, someone who can take them to the next level and help them challenge for the Champions League every single year.

Remember, the Bavarians haven't lifted the European Cup since 2013, yet they recently wontheireighth consecutive Bundesliga title.

Current boss Hansi Flick will be well aware that head coaches come and go in Munich; only one thing secures legendary status – and that's European success.

Bayern always have the players to win the Bundesliga, even when they struggle against Europe's elite, like last season, when Niko Kovac's side stuttered in the Champions League.

After a scoreless night at Anfield, where Bayern set up to draw rather than win, the writing was on the wall for the Croatian coach.

Even a league-and-cup double was not enough to convince fans or the board that he could bring Bayern back to the top following a tame European elimination at the hands of Liverpool.

Flick has done a sterling job since succeeding Kovac at the helm, first as interim boss, and then after being given the job on a full-time basis in December.

Indeed, during the suspension of football caused by the coronavirus pandemic, Bayern handed Kovac's former assistant coach a new contract that will now run until 2023.

What's more, Flick now finds himself in charge of the favourites for this season's Champions League.

Having dismantled Chelsea in the first leg of their last-16 clash at Stamford Bridge in February, the Germans are already effectively through to the quarter-finals, which are now set to be played in August.

Given the Bundesliga returned in the middle of May and La Liga, Serie A and the Premier League are only now ready to resume, Bayern are likely to benefit enormously from having had an additional month of competitive football in relation to their rivals from Spain, Italy and England.

Still, while Champions League success would be an amazing achievement in truly extraordinary and unexpected circumstances, what the club's directors want is to be in the mix every season. That is where Sane comes in.

In that pivotal Champions League loss to Liverpool, Bayern were missing an X-factor – something which has also been an issuefor Manchester City this season with Sane sidelined since August due to an ACL injury.

It was Sane's introduction that provided the spark for Pep Guardiola's side in last season's win over Schalke in the round of 16, with the winger coming off the bench to score the equaliser as City came from 2-1 down to win 3-2 in Gelsenkirchen. In the second leg, meanwhile, Sane started and was involved in four of City's seven goals.

Sagnol raised doubts over Sane's character but the 24-year-old is a winner. He has the sort of mentality Bayern look for to match their 'Mia San Mia' ethos. He is the kind of character Robert Lewandowski demanded more of a few seasons ago when he considered leaving for a team that could win the Champions League.

Bayern were very public in their desire to sign Sane, having courted him all last summer before his injury in City's Community Shield clash with Liverpool at Wembley.

New club president Herbert Hainer picked up where Uli Hoeness left off and set his sights on bringing him to Munich, both for Sane's skills and his popularity off the pitch as a member of Germany's exciting new generation of talent.

"Leroy Sane is a good player that every team would like to have," Hainer told BR . "It has been known for a year now that we have been interested. He is still under contract with Man City. We have to see how things develop.

"But he is certainly an interesting personality, above all because of his performance on the pitch. But he is also a marketable player, especially for the young demographic."

After being frustrated in their attempts to sign Sane last summer, though, Bayern ensured that the deal would not drag on again in 2020, securing his signature for a maximum fee of €60 million (£55m/$67m) even before the Premier League season had ended.