Serie A matches could have fans before end of season, says Italian FA president 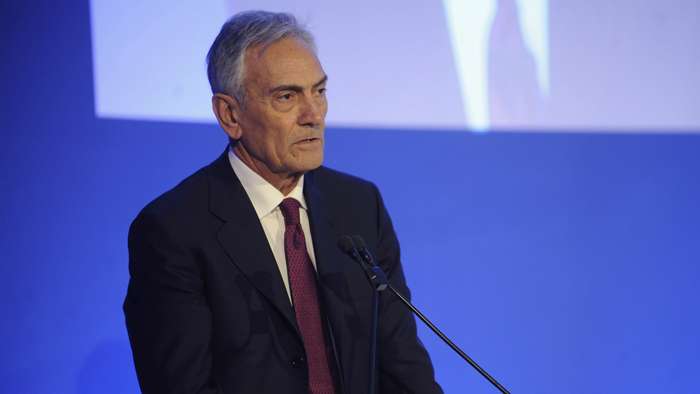 Serie A stadia could be set to re-open at 25 per cent capacity before the end of the 2019-20 season, under plans being considered by Italian Football Federation (FIGC) president Gabriele Gravina.

Italian football fans have been unable to watch matches in person since early March, when the authorities initially ordered games to be played behind closed doors before suspending the league entirely because of the coronavirus pandemic.

Matches were cleared to resume last month, again behind closed doors and under strict hygiene measures, but the authorities are keen to have supporters back as soon as possible.

With other businesses and workplaces opening re-opening with social distancing measures in place, so Serie A will have to follow suit if stadia are to open up again.

That would certainly mean grounds operating way below their maximum capacity, to allow for adequate social distancing in the stands and concourses.

Gravina says he has been working closely with thescientific technical committee (CTS)to come up with a plan that could clear the way for fans to return to matches in the near future.

When asked whether supporters could return before August, Gravina told Avvenire: "We’re working so that fans can go back to experiencing football up close again. We’re working on percentages. As of today, we’re thinking of 25 percent. The problem lies with managing flows.

“We’ll be ready to govern this process once the CTS gives us the opportunity to let fans back into stadiums.”

The majority of Serie A clubs have completed three rounds of games since the restart, with Atalanta versus Napoli and Udinese’s trip to Roma completing game week 29 on Thursday evening.

The authorities then hope to wrap-up the remaining 90 matches in the space of 31 days, with the Champions League and Europa League scheduled to be completed during August.