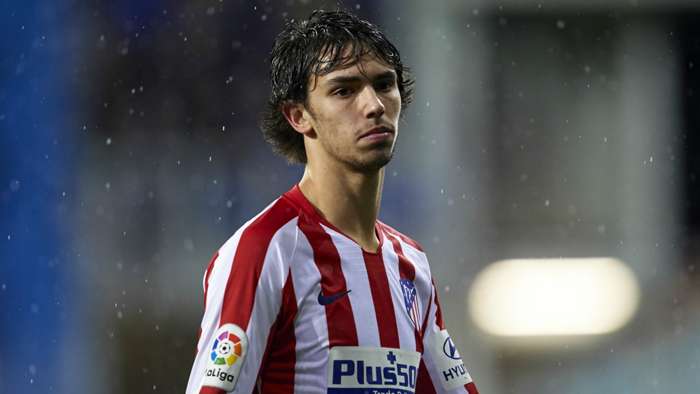 Joao Felix was replaced early in the second half at the Wanda Metropolitano, where Alvaro Morata scored a brace before Koke's sealer.

A reported €126million (£113m/$142m)signing from Benfica last year, the Portugal international has been substituted in 17 of his 21 La Liga starts.

But Atletico coach Simeone backed the 20-year-old and said he had full confidence in the attacker.

"We are absolutely confident in his quality, his talent and the way he plays and we need him to reproduce on the field," he told a news conference, via AS.

"We focus on the goal of the team and the club, we do not stop at individualities.On the basis of promoting individualities, we seek to improve the collective.If we stop at the singles it would be dangerous.

"Joao started well against Osasuna, he had good games, against Mallorca he was not as fine in his game and he understood that the team needed other characteristics as with Vitolo, who worked for what the team needed."

In 34 appearances in all competitions this season, Joao Felix has scored eight goals and provided three assists.

Simeone, whose side consolidated third place in the table, said his message to younger players was simple.

"I always try to convey to the young people who come here that this is a competitive team, that they have to win," he said.

"And we work as a consequence of looking for the best to win, we have no commitment to anyone, only that things go towards where we understand that it is better."

Morata snared the first goal aftermakingthe most of Mallorca players encroaching too soon into the penalty area to scorefrom the spot, VAR giving him a reprieve after Manolo Reina had saved his initial effort.

Mallorca’s captain guessed correctly with the re-taken spot-kick too, yet Morata had enough height on his strike to beat the goalkeeper and move into double figures for league goals this season.

The striker had missed an earlier opening as Aleti started impressively, while both Yannick Carrasco and Joao Felix failed to hit the target with excellent opportunities before the opener arrived in the 29th minute.

However, any hope of the visitors claiming a bonus in the capital disappeared when Atleti doubled their advantage in added time at the end of the first half, the excellent Marcos Llorente - lining up on the right wing - crossing low for Morata to tap in at the back post.

Scoring just prior to the break allowed Atleti to coast through the second half, though they did add to their tally.

Captain Koke seized on a weak clearing header to get away a strike that took a heavy deflection off Antonio Raillo, wrong-footing the helpless Reina.