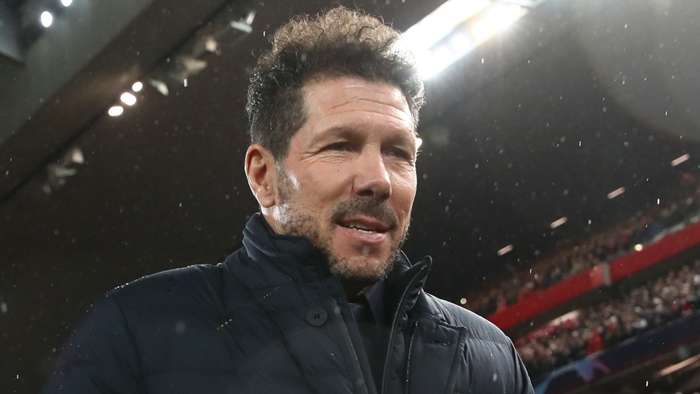 Atletico Madrid head coach Diego Simeone insisted that he does not take his job for granted, saying he alwaysfeels like he could be sacked.

During that time, he has overseen a very successful period in the club’s history, leading them to two Champions League finals, one league title and the top of the table this term.

Despite this impressive CV, he hinted at leaving the club following a shock Copa del Rey defeat to Cornella in midweek.

“It is difficult to try to explain feelings when one expresses himself, it is normal for each person to interpret the message in their own way, I am always sincere. I always think they could sack me tomorrow,” he said on Friday.

“I live continuously with a game-by-game approach. You can interpret what you want. I already said at the press conference that I am very happy at Atletico Madrid, that we have come from a transitional year and that we are having a very good season in a difficult competition like La Liga.”

After the 1-0 loss in midweek, he had cast doubt on his future.

Despite that setback, Atleti are enjoying a fine season as they lead the way in the Primera Division by two points ahead of Real Madrid – with two games in hand over their city rivals.

Next up for Atleti is a clash with Athletic Club on Saturday, though the weather threatens the match.

“Yesterday we were both able to train with the cold and snow, and we were able to prepare for the game,” the coach said.