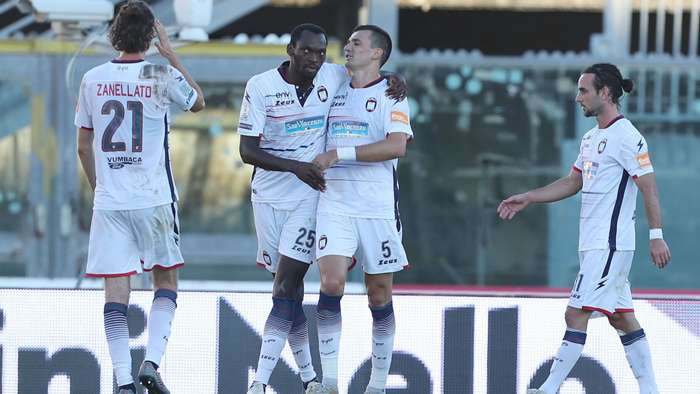 Simy bagged a brace as Crotone earned a 5-1 Italian Serie B win at Livorno and gained automatic promotion to the Serie A after Spezia were held to a goalless draw with Cremonese.

It didn’t start well for Giovanni Stroppa’s men as Livorno took a 12th minute lead thanks to Mattia Trovato.

It was all Crotone from there however with Niccolo Zanellato and Alberto Gerbo netting in between Simy’s 35th-minute strike. Junior Messias made a run down the right flank and his pass found Simy who tucked the ball home with consummate ease.

Crotone extended their 3-1 first-half lead after the break via Salvatore Molina before Simy put the final nail in the coffin from the penalty spot in the 59th minute for his 20th Serie B goal of the season which now takes him top of the charts ahead of Pietro Iemmello and Stefano Pettinari.

The 28-year-old Nigeria international simply had a storming game with a total of seven shots, three of which were on target while he also missed two big chances. He made 10 accurate passes which was at 90.9%. Simy equally won four of five total duels.

Simy joined the Calabria outfit in 2017 from Gil Vicente and scored seven goals in 23 outings in that campaign.

Having gone three games without a goal after the restart of Serie B in June, Simy scored in his next three matches which started with a hat-trick against league champions Benevento in a 3-0 win before solo goals against Cittadella and Pordenone.