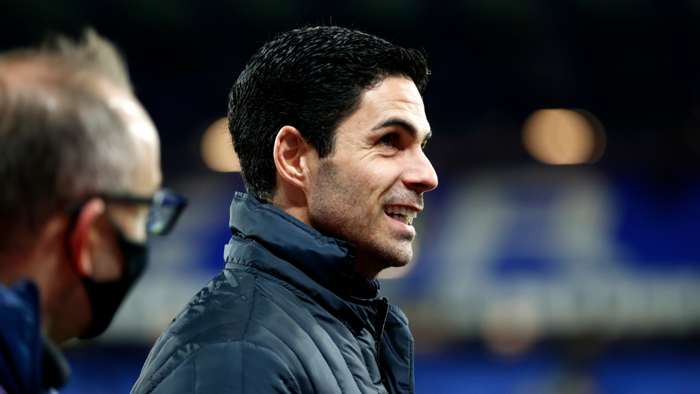 Mikel Arteta feels confidence is running through his Arsenal squad and is one of the keys to their upturn in form.

There were concerns that the match could be called off due to heavy snow at the Hawthorns, but it eased to allow the game to take place and it was Arsenal who adapted best.

Kieren Tierney set the Gunners on their way with an excellent solo strike on 23 minutes, with Bukayo Saka doubling the lead five minutes later following an excellent team move.

Alexandre Lacazette scored twice in quick succession just after the hour mark to secure the win, with his goals ensuring Arsenal scored four times away from home in the league for the first time in two years.

“It was a convincing win,” Arteta told BT Sport. “To win three on the spin over Christmas in the Premier League is not easy.

“In phases when the weather was better and the conditions were a little easier, I felt we played some excellent football.

“At the end we had to manage some moments and the conditions.

“The first two goals, the first action with Kieran was terrific, the second one with the combination play was fantastic as well.

“The clean sheet, that’s two in a row now, and that gives us a platform to win games.

“We look more of a threat, and more creative and our attacking play was much better today.”

Arsenal are now within six points of third place, despite being in 11th, and Arteta is thrilled with how his side are playing.

“I am so happy that we were able to achieve the target we had,” Arteta said. “The table looks completely different.

“The energy around the place is much better. Wins bring a lot of confidence and you can see that in the way the team played.”

Tierney led from the front for the Gunners, scoring one goal and providing an assist for Lacazette.

The Scotland international is starting to fulfil his huge potential and Arteta was delighted with the left-back’s performance.