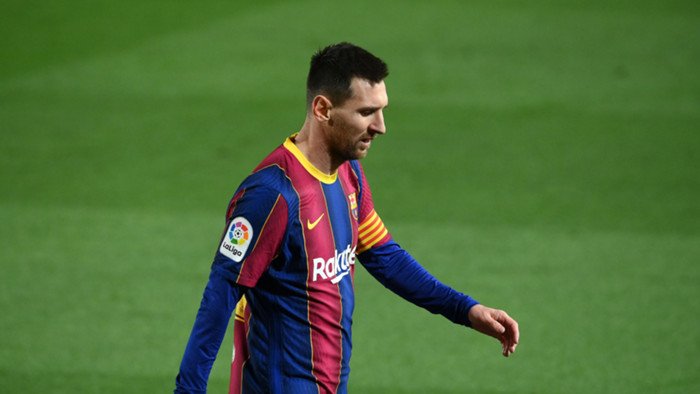 Barcelona head coach Ronald Koeman has been left seething after details of Lionel Messi’s contract were leaked to the media – and has vowed to identify and publish whoever isresponsible.

Barcelona have threatenedlegal action against the newspaper after the details of Messi's conract were published.

With Messi out of contract in the summer, his future looks distinctly uncertain, particularly given the sums of money in his current deal.

Nevertheless, he continues to lead the club on the field as he did in the 2-1 victory against Athletic Club, during which he scored a superb free-kick to reach 650 career Barcelona goals.

"Whoever has leaked Messi's contract cannot have a future at Barca," Koeman said after the encounter. "What has come out in the press about Messi was done maliciously.

"We have to try to know how this could have come out in the press. We have to concentrate on our season. The team's been fine lately. We won a lot of games. We don't have to focus on this issue, but there are people who want to hurt Barca and Leo.

Koeman denied that the publication gave the 33-year-old Argentine any extra motivation on the field.

"I've noticed that Messi was very motivated, but not more than for other games," the Dutchman added.

"Of course today's news could have affected him. You have to respect the important players who have done so much for this club.

"Leo is a winner, he always wants to prove his quality. It's important to be united."

Meanwhile, Koeman praised his whole side for the manner in which they ground out their victory.

"The team was very good, especially in the first half. We deserved one more goal," he said.

"The team had a major reaction after their goal. When it was 2-1, we had to defend the result and we did.

"The team is growing, we're playing better, also in the defensive aspect. In February we'll have a lot of games again. It's going to be tough. It's not easy with just two days off between games, but the team's mindset is very good."