'There is no time' - No rush over Lacazette's Arsenal contract talks, says Arteta 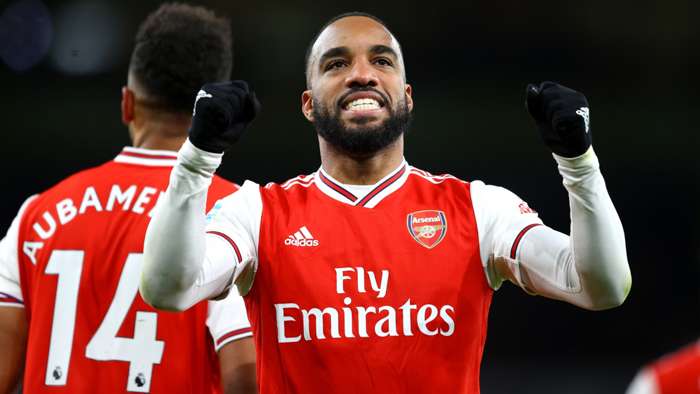 Mikel Arteta insists there is no rush when it comes to holding contract talks with Alexandre Lacazette - but says he is planning to sit down with the Arsenal striker to discuss his future.

The France international has two years left on the five-year deal he signed when he arrived in north London from Lyon in 2017.

Firm discussions over extending his stay have yet to take place, with Arsenal focusing on more pressing issues in recent months such as the futures of Bukayo Saka and Pierre-Emerick Aubameyang.

Arteta accepts that talks to determine Lacazette's future will soon need to take place, with the 29-year-old being linked with a move away this summer amid reported interest from Atletico Madrid, although Arsenal's head coach admits the focus right now has to be on finishing the season in the best way possible.

“We have to have a chat about the next step with him and get his idea, his feeling,” said Arteta. “As I said, I am really happy with him.

“He is a player that I always liked, even when I wasn’t here, because of what he brings to the team - his qualities, his abilities, his work-rate. So, let’s see.

“But now we are in a crucial moment, there is no time to talk about a lot of contractual situations. We still have time and we will do it in the right moment.”

Lacazette’s late strike at Wolves on Saturday sealed a 2-0 win for Arsenal at Molineux, and it was a fourth successive victory for the Gunners in all competitions.

It left them seventh in the Premier League, eight points adrift of fourth-placed Chelsea and six behind Manchester United, who currently sit fifth - which could be enough for a Champions League spot depending on the outcome of Manchester City’s appeal over their impending European ban.

Arsenal host third-placed Leicester on Tuesday night before travelling to north London rivals Tottenham on Sunday. It’s another huge week for Arteta’s side and the Spaniard admits if his side do want to qualify for the Champions League, then nothing but maximum points will do.

“I think we have to win every game and then wait and pray,” he said. “We need to go game by game.