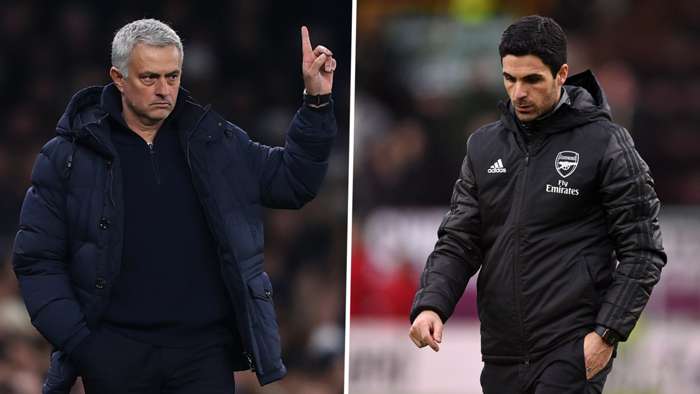 Tottenham manager Jose Mourinho claimed Arsenal "don't have much to celebrate" after being asked about a recent social media post made by their north London rivals.

Following Spurs recent3-1 loss against Sheffield United at Bramall Lane, the Gunners were quick to point out that they had travelledto the same venue last month and claimed a 2-1 win in the FA Cup quarter-finals.

After Tottenham's defeat, Arsenal posted the highlights of their win over the Blades on Facebook withthe caption:“It’s not easy beating Sheffield United at Bramall Lane.”

While a seemingly innocent joke, Mourinho didn't hold back when asked about thepost, citing the Gunners' recent lack of success as a reason for it.

"In the end it says more about them. They don’t have much to celebrate, they have to get every opportunity to do it. They are in a very similar situation to us in the table.

"It was probably some guy that was at home for three months working from home. No problem at home, but we will be waiting for them.”

Arsenal currently sit seventh in the Premier League, four points clear of Tottenham, who do have a game in hand.

Spurs have finished above the Gunners forthe past three seasons and while Mourinho admits repeating that feat would be nice, he believes the club should be aiming higher.

"To be the champion of north London means nothing for me because I think you have to be much bigger than that and have much more ambitions than that," Mourinho said.

"But I always look to the rivals of my clubs with different eyes. As you know I have been in so many big clubs with so many special rivals so I don’t hide that Arsenal in this moment is a very special rival.