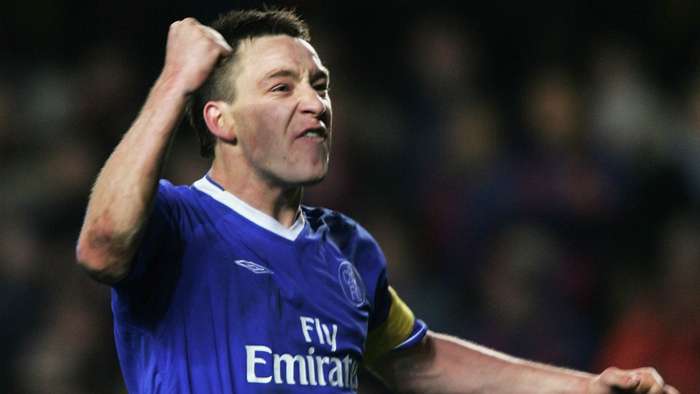 John Terry was open to the idea of joining Liverpool in 2003 claims Phil Thompson, with the Reds ready to do a deal before Roman Abramovich completed histakeover at Stamford Bridge and scuppered their plans.

Terry certainly would not have been ‘Captain, Leader, Legend’ at Chelsea had there not been sweeping changes in the Blues’ boardroom some 17-and-a-half years ago.

Back then, a man who went on to claim 17 major honours as captain of a European superpower was an emerging 22-year-old whose contract was running down.

Cash was in short supply at Stamford Bridge and sales appeared to be on the cards, with Liverpool ready to take advantage of that after playing host to Chelsea in the final game of the 2002-03 campaign.

Then-Reds boss Gerard Houllier took a liking to Terry and had sounded himout over a switch to Anfield, before Abramovich intervened.

Liverpool legend Thompson, who was Houllier’s assistant at the time, told Paddy Power’s From The Horse’s Mouth Podcast: “In the final game of the 2002-03 season, it was a shoot-out between Liverpool and Chelsea for the last Champions League place.

“This was just before Roman Abramovich came in. We’d heard Chelsea were in dire straits, and they weren’t going to offer Frank Lampard or John Terry a contract.

“After the game, as Chelsea were doing a lap of honour, Gerard Houllier said to me that Terry was a bit of a player. I agreed, adding I didn’t think they’d offered him a contract. So Houllier went and shook John Terry’s hand and asked ‘how would you like to play for Liverpool?’ and John said: ‘I’d love to, Mr Houllier’.

“After, we sent one of our coaches in to the players’ lounge and asked John for his agent’s phone number. John said: ‘I’ll do more than that, here’s my personal telephone number, ask him to give us a call’.

“Acouple of weeks later, Abramovich took over, and his first dealings were signing Terry and Frank Lampard to big contracts – so we were that far away from getting him.”

Terry went on to take in 717 appearances for Chelsea, many of them as captain, and helped the Blues to five Premier League titles, five FA Cup wins, three League Cup successes, a Champions League crown and Europa League triumph.