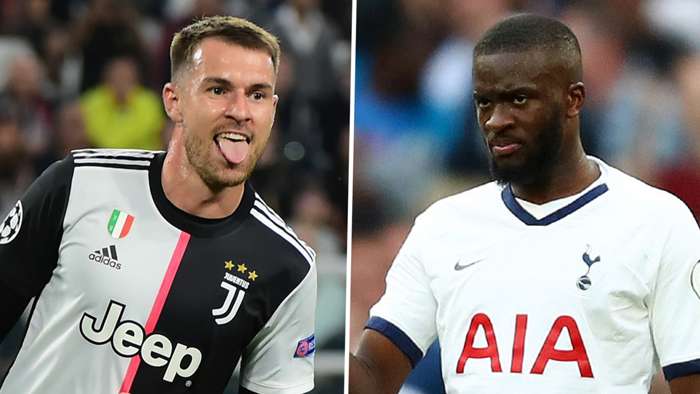 Botis will sign a three-year contract and join from PAOK inspring next year.

While there are still obstacles to overcome, it is reported the Roma legend could be in place before the start of the 2020-21 Serie A season.

De Rossi has spoken before of his desire to go into coaching, but he may not have expected such a top job to come up so soon.

Bayern Munich chief Karl-Heinz Rummenigge has admitted midfielder Thiago may be seeking a fresh challenge away from the club.

Rummenigge also ruled out any chance of Bayern moving for Kai Havertz this year.

Tottenham have turned down approach

However, they say Spurs have rejected the offer despite Ndombele coming in for criticism at times from Jose Mourinho.

Ramsey joined Juve for free only a year ago, but faces fresh competition for places following the arrival of Arthur from Barcelona

Rennes are close to completing a deal to sign striker Martin Terrier from Lyon, reportl'Equipe.

The 23-year-old is said to be ready to sign a five-year contract.

Terrier has scored 10 Ligue 1 goals in two seasons at Lyon, having previously represented Lille and Strasbourg.

Frank Lampard says Chelsea could look to solve their problems at set-pieces by signing taller players.

“With Liverpool, I remember a lot of talk about them and set pieces a few seasons ago. They were zonal and conceding a lot,"Lampard told a press conference.

"They signed Virgil van Dijk and he heads out everything. There’s a huge relation to personnel and if you don’t have that size, the main thing is trying to compete as hard as you can and making it difficult for other teams to score.

“But I’m not making excuses because we haven’t done that well enough and that has to improve. When you look at who you might bring in with the balance of the squad, it is certainly something to take into account.”