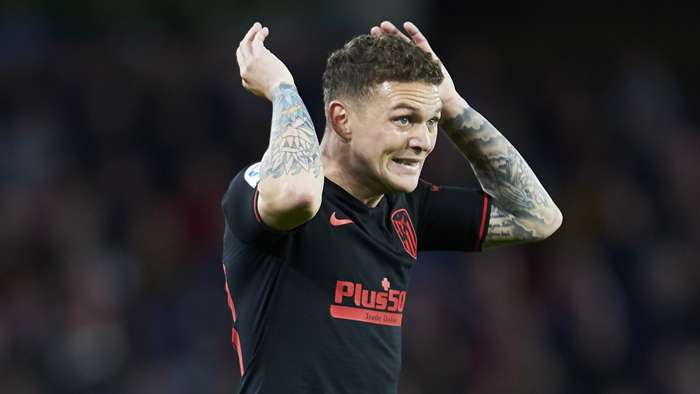 The 10-week suspension that Kieran Trippier was handed by the Football Association (FA) has been suspended by FIFA following an appeal from Atletico Madrid.

Atletico Madrid, however, took exception to the decision, which would see them lose a starting player for a prolonged period of time.

"We think it's unfair and we hope it can be revised because of the damage done to Atletico," head coach Diego Simeone protested.

As a consequence, they appealed the decision to FIFA.

On Sunday, world football’s governing body confirmed it would listen to the case.

Atleti are especially keen for the ban to be overturned because they are in the midst of a race for the Primera Division title.

On Saturday, they saw Real Madrid move ahead of them in the standings by a single point, but the Wanda Metropolitano side have three matches in hand over their close rivals.

Simeone’s men have been in ruthless form domestically so far this season, winning 11 of their 14 league matches and suffering just a single defeat.

Former Tottenham defender Trippier has been integral to their push for the title, having played 13 fixtures and contributed four assists.

Hestood to miss a variety of crucial fixtures due to his suspension, including a Champions League last-16 first-leg encounter against Chelsea on February 23.