Twenty-three goals in 24 games: Ronaldo really can play until he's 40 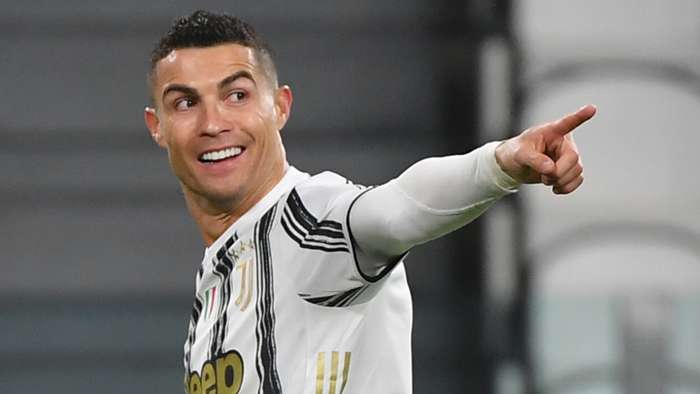 Who would even dare to disagree?

Just a day after turning 36 years old, Cristiano Ronaldo opened the scoring in Juventus' 2-0win over Roma to make it 23 goals in 24 appearances in all competitions this season.

Nobody was in the least bit surprised, of course. As former Juve and Italy striker Christian Vieri told Stats Perform News earlier this week, "When you have Cristiano Ronaldo, you always start 1-0 up."

That's not true, of course. But Ronaldo only needed 13 minutes to break the deadlock in Turin, with the five-time Ballon d'Or winner controlling the ball on the edge of the area with the studs on his right foot before beating Pau Lopezwith his left.

It was the picture of simplicity but the ease with which Ronaldo still scores goals shouldn't gloss over the degree of difficulty involved in what he is doing.

He is posting numbers that a forward in his physical prime would be overjoyed withand yet here he is at 36 making a strong bid for a fifth European Golden Shoe – six years after his last.

Juve simply would not have propelled themselves back into the Scudetto race without their No.7, whose 16th goal in 17 Serie A games helped move the Bianconeri above Roma and into third place in the table.

Ronaldo is also the reason why the Old Lady have one foot in the Coppa Italia final, thanks to his double in Tuesday's 2-1 win over Inter at San Siro.

Of course, Juve will need more than the Portugal international to conquer Europe for the first time since 1996.

Ronaldo may be 'MrChampions League' but he has yet to make it beyond the quarter-finals since arriving in Turin.Remember, no other player has scored a knockout stage goal for Juve in the past two seasons.

That simply has to change if the Bianconeri are to contend for this season's Champions League.

Still, while Juve's dependence upon Ronaldo is obvious, there are signs that he might now have a supporting cast worthy of his considerable talent.

His rapport with Alvaro Morata is certainly a cause for optimism. It was the Spaniard who picked out Ronaldo for the opener,meaning four of his seven assists this season have been for his strike partner.

Giorgio Chiellini's return has, as expected, significantly strengthened the defence. It's no coincidence that four of Juve's six clean sheets in Serie A this season have come with the captain on the field.

Elsewhere, Weston McKennie remains a very raw talent but the Americanhasadded some badly-needed dynamism to the Bianconeri midfield, while Federico Chiesa and Dejan Kulusevski have brought pace and penetration out wide.

Doubts remain over the quality of the engine room, but Adrien Rabiot is certainly improving, and there is no denying that Juventus won their swap deal with Barcelona involving Miralem Pjanic and Arthur, who is becoming more influential with each passing game.

Ronaldo obviously remains the key to Juve's hopes of a successful first season under Andrea Pirlo, and the coach knows it too. He may be a novice but he's no fool.

Despite his star man's insatiable thirst for goals, Pirlo is doing his utmost to carefully manage Ronaldo's game time.

The No.7 wasn't in the best bit pleased by being taken off after 77 minutes against Inter but it was the right call.

"There is no contract clause that says he can't be subbed off," Pirlo told Rai 1. "He knows he is a fundamental player for us but to get his breath back, he must always be at the top.

"I said to him that he had to rest, we have an important match on Saturday. He has played many consecutive games, every now and then a little rest is good for him."

His goal against Roma was evidence of that. Indeed, it's clear that if Juve take care of Ronaldo, he'll take care of the rest.

Upon turning 36 on Friday, Ronaldo wrote on Instagram, "I'm sorry that I can’t promise you 20 more years of this."