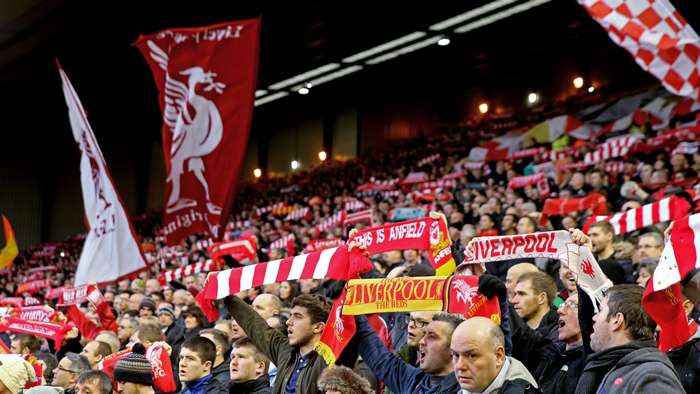 Merseyside Police have instructed Liverpool supports to stay away from Anfield and the surrounding area during and afterthe Reds’ Premier League clash with Aston Villa on Sunday.

Jurgen Klopp and his side ended a 30-year wait for the title as Manchester City’s loss to Chelsea on June 25 pushed them over the finishing line, sparking wild celebrations in the Merseyside city.

However,with the coronavirus pandemic still very much an active threat, these scenes were widely condemned and the local constabulary are hoping to avoid similar incidents as the champions play their first home match since their first Premier League crown was secured.

"Please DO NOT come to the ground," Merseyside Police tweeted. "We are ALL living and working in unprecedented times. The players want your support but ONLY from home.

"Covid has NOT gone away. NOBODY wants another lockdown. Do the right thing and watch the game with your Sunday roast."

Since Liverpool clinched the title, pubs in England have opened, exacerbating fears that fans may congregate in the area around the historic ground, particularly after the Police Federation said it is “crystal clear” that people under the influence of alcohol will not follow social distancing guidelines.

The club have also sent out a message via LFCTV , in which young people who stay around the ground were showcased.

In their first fixture since winning the title, the Reds were routed 4-0 by second-placed Manchester City at the Etihad Stadium, slumping to a 3-0 deficit at half-time as they struggled to show the qualities that had seen them win the division with a record number of matches to spare.

Although Klopp has indicated that he is liable to rotate his side in the weeks ahead in order to give the younger players in his ranks the opportunity to earn a Premier League medal – even stating he would give away his own if need be – he will be hopeful that his team will bounce back against an opponent that find themselves at the opposite end of the table.

The Reds can still accumulate a record number of points in the league, with Manchester City’s 100, achieved in the 2017-18 campaign, their target. If they win their remaining six games, they will hit 104.