'We are PSG, we must win' - Pochettino 'disappointed' to draw on debut 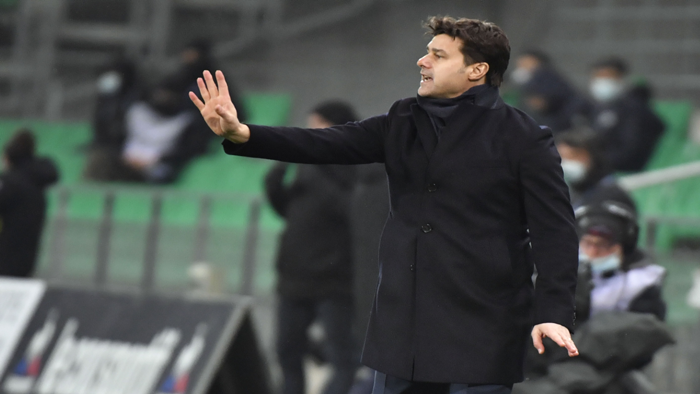 Paris Saint-Germain head coachMauricio Pochettino admitted he was disappointed tobegan his spell in charge with a 1-1 draw at Saint-Etienne on Wednesday.

That would be the end of the scoring, however, as PSG remained in second place in the Ligue 1 table, three points behind first-place Lyon.

Pochettinowasappointed the new coach ofPSG on Saturday, signing on a contract until the summer of 2022. The ex-Tottenham boss replacedThomas Tuchel in the Paris side's hot seat.

The Argentine said he was disappointed not to get his tenure off to a winning start, saying his side have an obligation to win.

"I am of course a little disappointed because we are PSG, so we must win," Pochettino told Telefoot.

"But after three days we had little time to prepare. There are a lot of things to work on thatwe have to improve. It is not a result that we wanted but it is clear that Saint-Etienne deservedthis result.

"We must improve a lot. We tried to put into practice different concepts, but I'm happy that the players tried to apply them. I'm happy with the effort, the attitude. We have to improve with the ball. It was positive but there are many things to improve."

PSG defender Marquinhos said the result wasn't a shock after his side had just days to adjust to their new coach's style of play.

"We knew that Saint-Etienne area complicated team to maneuver against, who havetightened up the middle," the Brazilian said.

"We tried to create, to animate. It's the beginning of a new stage for us. We must continue to work and adapt to the new system of the coach.

"When you are behind, you have to push. They tried to counter several times, we lost a few balls and they scored. It's always more difficult when you have to run after conceding.