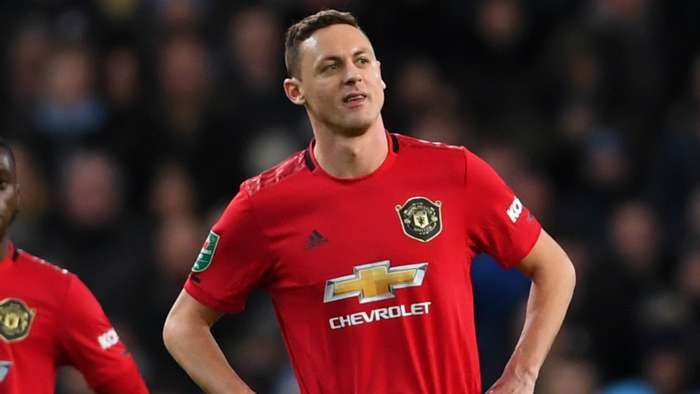 Nemanja Matic has urged Manchester United to refocus on the Champions League race after their disappointing FA Cup exit.

Ole Gunnar Solskjaer made wholesale changes to his starting line up after an energy-sapping win over Crystal Palace last Thursday, buoyed by the fact that his side had already recorded three victories against the Blues earlier in the season.

However, Frank Lampard's men dominated proceedings throughout the 90 minutes, as United struggled to cope with their intensity going forward while failing to carve out any clear cut chances at the other end of the pitch.

Chelsea were also helped by a nightmare showing from Red Devils No 1 David de Gea, who was at fault for the first two goals of the game from Olivier Giroud and Mason Mount.

A Harry Maguire own goal put the Blues out of sight late on, before BrunoFernandes netted a consolation from the penalty spot.

Matic endured a torrid evening in the middle of the park against his former employers, but has stressed the importance of getting over the result quickly with a view to picking up a vital three points against West Ham in the Premier League on Wednesday.

United will move into the top four if they beat the Hammers, with the Serbian midfielder telling the club's official website: “I'm already three years at United so for me, every game is special when I play and especially at Wembley, so it doesn't matter who it's against.

“Of course there is always some feelings when we play against Chelsea because it is my ex-club, but we are disappointed because we lost.

“We wanted to get to the final and Chelsea scored three goals, they used their chances and deserved to be in the final, so our focus now is on Wednesday night against West Ham. We have to win that game.

“From this moment, we will focus on that and we've already spoke a little bit in the changing room about that. In three days we have another challenge and we have to recover as soon as possible.”

Matic added on the lessons United must learn from their humbling at the hands of Chelsea: “We always want to win and that's exactly what we tried today, but this is football.