'We will spend less than we got for Werner' - Leipzig will not buy big after striker sale, says CEO Mintzlaff 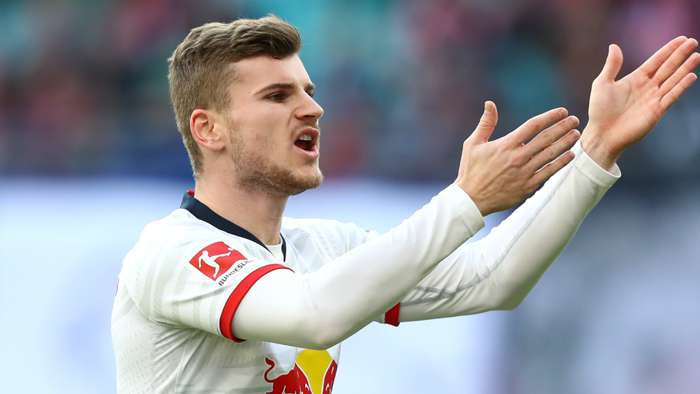 Replacing the Germany forward poses a real headache for Julian Nagelsmann and his team, with Werner having plundered 34 goals in 45 games in all competitions this season.

That consistent goalscoring form convinced Chelsea to pay £47.5 million ($59m) for his services but, as clubs are hit by the financial consequences of the coronavirus crisis, Leipzig will be looking for value for money in his replacement.

Speaking to Kicker, Mintzlaff said Leipzig would “act a little more cautiously in the transfer market than we did in the past - we will spend far less than we got for Timo Werner.”

He also confirmed that players and staff would continue to take pay cuts in order to help the club manage the crisis.

"The manager, sporting director and management will not change anything until the end of the year,” he said.

“Since it is clear that we are not going to start the new season in front of a sold-out stadium, I am assuming that the team will once again make its contribution.

“It is probably an illusion to think that we could still play in a sold-out stadium this year. That is why we are currently expecting to lose over €20 million (£18m/$23m)."

Despite Werner’s superlative goalscoring exploits, Leipzig had an up-and-down season in 2019-20.

They only lost four Bundesliga games all season, the same number as champions Bayern Munich, but ended up 16 points adrift of Bayern in third after drawing the joint-most games in the league - as manyas relegated Dusseldorf.

Leipzig are now preparing for August’s revamped Champions League after thrashing Tottenham to reach the last eight, but Mintzlaff admitted the season didn’t quite live up to the club’s lofty ambitions.

"We have probably had the most successful season in the club’s history,” he said.

“But fair and honest consideration also means that we didn't achieve the results we all wanted with our football in the second half of the season.