What is Mikel Arteta's net worth and how much does the Arsenal manager earn? 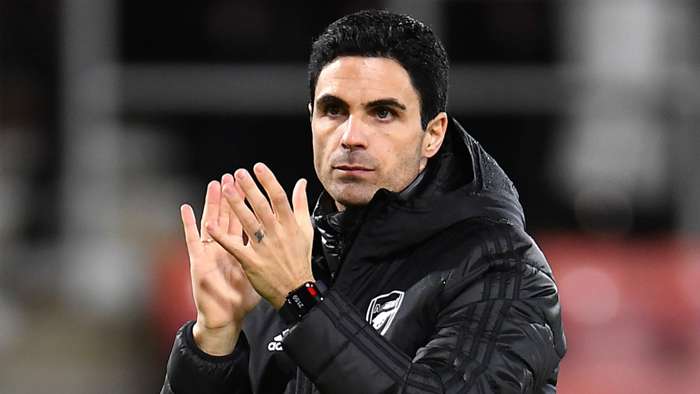 Mikel Arteta's professional careerbegan at Barcelona and his journey took him to France, Scotland, back to Spain andfinallyto England, where he wound things down before moving into coaching.

The Basque native lined up for Paris Saint-Germain, Rangers, Real Sociedad, Everton and Arsenal, butdespite maturing into one of the best midfielders in the Premier League, international honours eluded him.

A relatively understated character, Arteta quietly went about his business as a footballer before serving a coaching apprenticeship asPep Guardiola's assistantat Manchester City.

Goal brings you everything you need to know about Arteta's net worth, how much he earns, the charity work he is involved in and more.

Arteta's net worth is estimated at around £15 million($19m), but it is difficult to put aprecisefigure on it considering how private the Spaniard is about his business.

Figures online vary, with reports suggesting that Arteta's net worth could be anywhere from $5 million to $20 million (£4m to£16m).

He will have earned a significant amount of money over the course of a 17-year playing career, 12of which were spent in the lucrative environment of the Premier League with Everton and Arsenal.

Indeed, he wasthe top earner at Goodison Park on a £75,000-a-week dealand, while he reportedly took a wage cut in order to join the Gunners in 2011, he eventually became captain of the club in 2014.

Arteta is understood to be earning £5 million ($6.2m)a year as Arsenal head coach, meaning he is set to pocket £20 million ($25m) over the course of the four-year deal, which runs until 2023.

While the Spaniard's salary is certainlyimpressive, it is some way behind that of other coaches at the Premier League's top clubs.

Arteta's mentor Pep Guardiolaearns £15 million ($18.5m) a year at Man City, a fee also commanded by Jose Mourinho at Tottenham, while Jurgen Klopp gets a reported £10 million ($12.5m) a year at Liverpool.

His salary is more comparable to that of Chelsea boss Frank Lampard, who, like Arteta is relatively inexperienced as a manager.

Taking the £5 million as Arteta's annual salary at Arsenal, you can see a breakdown of what he earns per month, week, day, year and minute below.

Arteta had endorsement deals with adidas and Puma during his playing days, sporting adidas in the early part of his career before switching to Puma towards the end.

Since moving into coaching, it looks like the former midfielder is not necessarily tied to a permanent sponsor, having worn Nike boots at Man City andadidas at Arsenal.

While many modern-day stars have a long list of endorsement deals and regularly promote partners on social media,Artetawas never inclined to put his face to much more than the football boots he wore.

Arteta has contributed his time to a number of different charities over the years and recently helped to promote the Prince William-backed Heads Up mental health awareness campaign.

Along with his wife Lorena Bernal, Artetahas also been involved with the Global Gift Foundation, a charity which aims to create a positive impact in the lives of women, children and familes.

In the aftermath of Hurricane Maria in 2017, the Spaniard was vocal in his support of the charity Save the Children and served as an ambassador for Trans World Soccer.

Arteta has also backed campaigns such as Black Lives Matter and the Rainbow Laces movement.

His Twitter page has the biggest share of those followers, with 1.4 million people following his channel, and he is certainly more active on that platform. Arteta's Instagram page has over 650,000 followers.

He uses the pages to promote the charity causes he holds dear and occasionally comments on games, either those coming up or thosethat have just been played.

Unlike most other footballers, Arteta does not share much in terms of behind-the-scenes photos or videos, preferring to keep such images private.