What is a guard of honour in football & why do clubs do it? 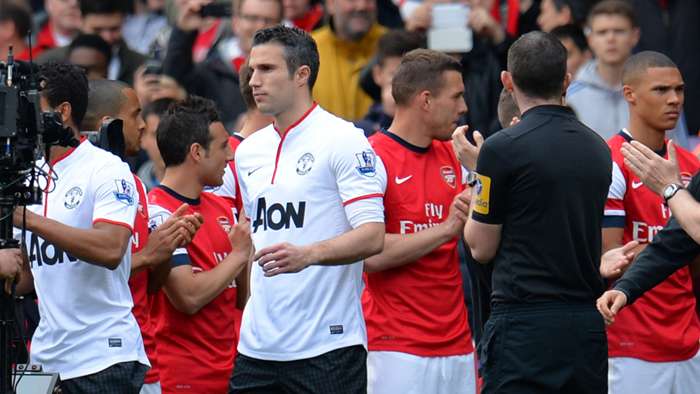 Like many sports, football has plenty of traditions which are tightly woven into the pageantry of the game at all levels.

Etiquette and good sportsmanship have beenimportant aspects of the game, with the idea being that, while you compete with an opponent, you should also respect them.

Hence, we see things such as handshakesbefore and after the game - albeit not anymore due to restrictions brought in to combat the coronavirus pandemic.

Another common tradition in football is the guard of honour, but what exactly is itand why do football teams do them?

A guard of honour is a display of respect that is usually reserved for the winners of a league or cup competition.

Before a match kicks off or prior to a trophy presentation, players from the opposing team create two parallel lines to flank the champions as they enter the pitch or make their way to lift the trophy.

As part of the guard of honour, players usually applaud the champions in acknowledgement of their feat - a show of basic respect that transcends customary rivalries.

In Spain, the guard of honour is known as a pasillo, which translates literally into English as 'hallway' or 'corridor'.

Testimonial games, where an individual player's service is publicly acknowledged, usually see the players from both teams form a guard of honour for the person being celebrated.

Clubs perform a guard of honour in order to acknowledge the achievementof the champions in a respectful manner.

In 2020, ahead of the meeting between Manchester City and Liverpool at the Etihad Stadium, Pep Guardiola indicated that his team would grant the Reds the honour for winning the Premier League title.

"We are going to do the guard of honour, of course,"said the Catalan coach.

"Always we receive Liverpool, when they came to our house, in an incredible way. They cannot complain. Of course we are going to do it because they deserve it."

However, it is not always done in such a magnanimous fashion and is very often carried out through gritted teeth, particularly in the case of bitter rivals.

Gary Neville was famously bitter about giving Chelsea a guard of honour in 2005, likening it to having your wife leave you then "being asked to hang the new bloke's clothes up in your old wardrobe!!"

When Arsenal gave Manchester United a guard of honour in 2013 it was particularly painful for Arsenal fans, who watched on as their team applauded former Gunner Robin van Persie onto the field.

Van Persie's controversial decision to leave Arsenal for their long-time rivals Manchester Unitedwas driven by a desire to win trophies and the Premier League triumph in his first season vindicated his move.

Of course, it was not particularly pleasing for Gunners fans, with many booing the Red Devils,or indeedthe players, though Bacary Sagna reveals that, on reflection, he does not begrudge the Dutchman his moment.

"It probably felt special for him because when he left he was criticised by many people," Sagna said in an interview with the Telegraph.

"We all felt the same in the team and we respected him. I was happy for him. He did a lot for our team. He was a top player and a top striker and he deserved it."

There are no rules that stateclubs must perform a guard of honour for the champions elect. It is very much a voluntary expression of respect and is not always done.

It is not exactly clear when the tradition began, but 1955 is usually marked as thefirst example of it being performed in England's top tier, when Matt Busby's Manchester United honoured Chelsea.

Of course, nowadays when a guard of honour is not performed, it can become a source of consternation for fans, players and, indeed, managers.

Real Madrid infamously refused to honour Barcelona with a guard of honour, or pasillo, in 2018, despite Barcelona doing so 10 years previously in similar circumstances.

Zinedine Zidane accused Barca of breaking the tradition and so Real would not return to honour,while Sergio Ramos declared it would not happen "full stop".

At the time, then Barcelona boss Ernest Valverde was nonplussed by their Clasico rival's refusal to put on a show of respect.

“On the notion of a guard of honour, I wouldn't do it for anyone, nor would I want it to be done for us," said Valverde."It has now lost the essence that it had a few years ago."