When will Liverpool lift the Premier League trophy? 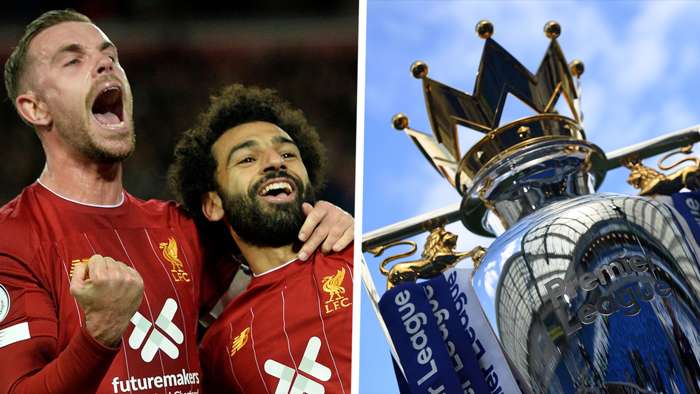 Liverpool won the Premier League title in 2019-20 with seven games to spare, with their status as champions being confirmedon June 25 when Manchester City lost to Chelsea.

However, Jurgen Klopp and Co. will have to wait a while before they can actually get their hands on thetrophy the Merseyside club havebeen after for three long decades.

So when exactly will they hoist the silverware overhead and where will it happen? Goal brings you all the details.

Liverpool are expected to be presented with the Premier League trophy in their final home game of the season against Chelsea.

Thatgame had been scheduled for July 18, but will now be rescheduleddue to the fact that Chelsea are scheduled to play in the FA Cup semi-final on July 19.

A new date has not yet been confirmed, but it looks likely that it will be played on the week commencing July 20, given that there is a gap in the schedule then.

The game against Chelsea willhappen on one of the following days: Tuesday July 21, Wednesday July 22 or Thursday July 23. It will be an evening fixture, meaning the trophy will be presented under the lights.

As well as receiving the coveted trophy, Liverpool's players are expected to be given their league winnersmedals too, but Premier League will have to carry that out in a responsible manner.

As champions-elect, Liverpool should receive guards of honourfrom their remaining opponents, though there is no guarantee that every club will oblige.

Man City were the first team to face the Reds since the Premier League title was wrapped up and Pep Guardiola's players performed the traditional mark of respect at the Etihad, before dishing out a 4-0 beating.

Guardiola insisted that Liverpool were deserving of the guard of honour but, while Klopp acknowledged that it was "nice" to receive one, it is not something that he is overly concerned with.

"I wouldn't need it," said the Reds boss when asked about the guard of honour tradition by reporters, noting that it did not appear to be a thing in Germany. "It's a nice gesture, but that's it, pretty much."

Of those games, three will be played at Anfield (Aston Villa, Burnley and Chelsea), with the others being played at the Amex Stadium, Emirates Stadium and St James' Park.

It is customary for the Premier League champions to have a trophy parade as a moment of civic celebration, but public health concerns related to the coronavirus pandemic mean it is a doubt for Liverpool.

However, considering the fact that 750,000 people took to the streets to hail Liverpool's Champions League success, it may prove difficult to dissuade supporters from coming out in numbers, as, indeed, happened on the night the Reds were officially confirmed as champions, and the club will be keen to avoid a repeat.

The record Premier League points total is 100 points and it was set by Man City during the 2017-18 campaign.

Despite their heavy defeat to City, itremains possible for Liverpool to break that record and, if they win their remaining six matches, they would end the campaign with 104 points.

However, if Liverpool are to achieve that aim they will need to remain motivated fortheir final matches.

The Reds' performance in the 4-0 defeat against City drew sharp criticism from pundits, with Gary Neville suggesting that some players looked like they had been "on the lash" for a week.

Though there were undoubtedly celebrations after being confirmed champions, Klopp dismissed the idea that his players were not focused.

"If you want to lead this story in direction we were not focused, then do it," he told Sky Sports afterwards.

"I liked my team's attitude, you ask again. Isn't it nice another team can be champions when Man City can play so well.

"Man City are incredible. I saw their season, they didn't play a bad game."