'Willian would be a wonderful fit for Arsenal' - Chelsea likely to let midfielder join a rival, says Wise 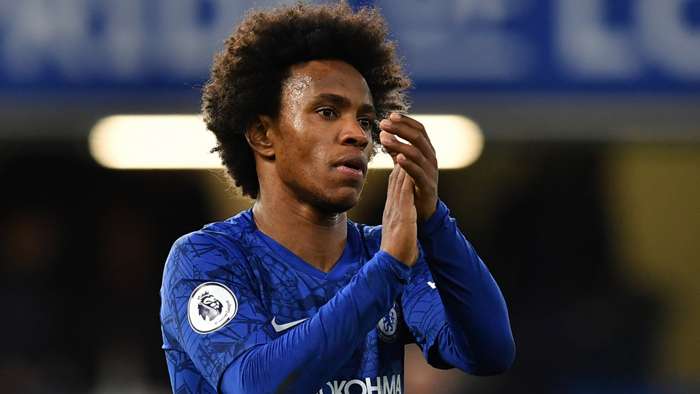 Chelsea are likely to allow Willian to join a main Premier League rival this summer, according to Dennis Wise, who admits the midfielder "would be a wonderful fit for Arsenal".

Willian has been a key member of Chelsea's senior squad since being snapped up fromAnzhi Makhachkala in 2013, racking up over 300 appearances for the club in all competitions.

41 of those have been made this season, with the Brazilian managing to contribute 10 goals and seven assists to the Blues' cause from the middle of the park.

Willian has agreed a short-term contract extension which will see him remain at Stamford Bridge until the end of the season, which has only just resumed following a three-month hiatus caused by the coronavirus outbreak.

The 31-year-old has been offered the chance to sign a new two-year deal beyond that, but he is holding out for an extra year, and could end up walking away from the club as a free agent in August if no compromise is reached.

Although Wise would prefer to see Willianmove abroad if he does leave the Bridge, he concedes that the experienced playmaker would be an ideal signing for Chelsea's London rivals Arsenal.

When asked to discuss the prospect of an influential figure joining either theGunners or Manchester United, the ex-Blues midfielder told Stadium Astro: "Well, I wouldn’t want him to go to any of them, I’ve got to say because it’ll be competition for Chelsea. Go to Italy please, Willian. Go away.

"We have to replace him with more, we have replaced him but we will need a lot more because we’ll be depending on only two when you want more.

"I think Pedro is going to go as well, so we’re going to lose two wide men. We’ll be disappointed to lose him as well. When you look at the quality that’s going, Chelsea have got to look for quality to come in."

Willian scored twice in Chelsea's 3-2 defeat at West Ham on Wednesday, becoming the first player in Premier League history to score in every calendar month in the process.

Wise thinks the Brazil international still has plenty more to offer at the highest level, but understands that the Blues may look to ship him out as Frank Lampard continues to build a new-look squad.

"I would love Chelsea to keep him but I think Chelsea look at his age, and I think that comes into the equation," the former England international added. "They look at his age. Yes, they probably would extend by a year but they won’t give him three, and this is why he’s got an opportunity elsewhere to take a longer contract.

"It’ll be disappointing because I’ve got to say he’s had some wonderful years at Chelsea and he is a quality player as you’ve seen tonight against West Ham.

"He’s still got so much ability to give. It’ll be sad to see him go. ‘I think that’s why Chelsea are building already to try to replace Willian with other personnel, and that’s what they are going to have to do.