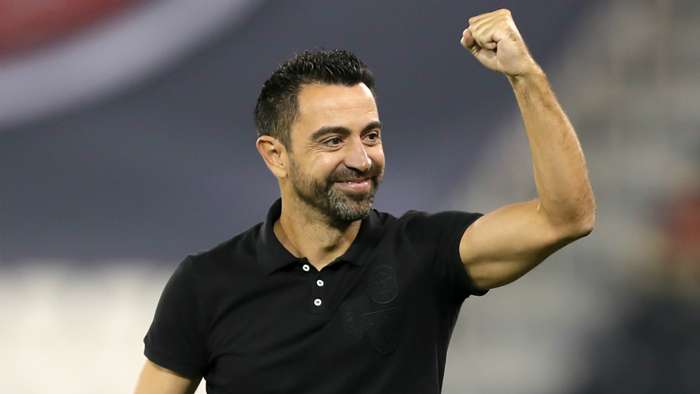 Xavi's long-awaited return to Barcelona has been put on hold after his decision to sign a one-year contract extension with Al-Sadd.

Barcelona said goodbye to a club legend when Xavi called time on a hugely successful spell at Camp Nou spanning 17 years in 2015.

The Spaniard spent the next four seasons playing in the Qatar Stars League for Al-Sadd, before hanging up his boots in May of last year.

Xavi was subsequently appointed Al Sadd's new permanent head coach, and has since guided the club to two trophies.

The 40-year-old has been heavily linked with the top job at Barca since moving into management, as the Spanish champions continue to try and rediscover the spark of previous eras under former players Pep Guardiola and Luis Enrique.

QuiqueSetien is the latest man attempting to bring back the glory days at Camp Nou, but he is already being tipped to leave the club after just six months in charge.

Xavi, who recently admitted that he harbours ambitions to coach Barca in the future, has been touted to replace Setien if he fails to deliver success in either La Liga or the Champions League come the end of the season.

However, the former Blaugrana captain has now committed his immediate future to Al-Sadd, with an official announcement posted on the club's Twitter account on Sunday.

Xavi has delivered a message to supporters after agreeing to fresh terms, which reads: “Happy to renew my contract withAl Sadd, I’m working with the club’s management during the current period on a number of issues, including the renewal of Akram Afif’s contract, and signing foreign players to replace Gabi and Marco Fabian."

Despite the World Cup winner's decision to remain in Qatar, Barca could still end up bringing back an influential figure after the club's next presidential elections in the summer of 2021.

Xavi's old team-mateJuan AntonioPizzi, who played for the Blaugranabetween 1996 and 1998, is certain that the ex-midfielder will end up in the Camp Nou dugout eventually.