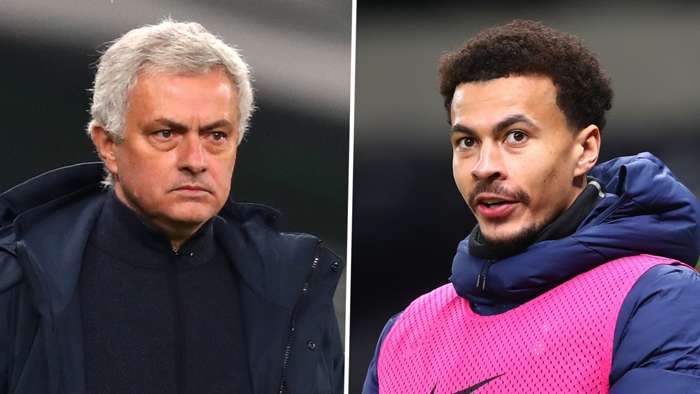 Dele Alli is “not injured” but Jose Mourinho remains unconvinced that the England international is ready to start for Tottenham as they prepare for an FA Cup fifth-round clash with Everton.

Alli is in contention to figure against the Toffees, having endured a testing campaign in north London, but it may be that he has to settle for bench duty if he figures at all on Merseyside.

“Dele trained yesterday with the team and did well,” Mourinho told reporters when asked about the 24-year-old midfielder.

“Long time away, a couple of weeks no training with the team and recovering. Can he play tomorrow? Well, he's not injured but I'm not sure he can. Can he help us? I believe he can. In terms of having Dele on the bench to come for a few minutes to try to help the team, is that possible? I have to speak with him but I believe he can.”

Mourinho added on a player who was heavily linked with a move away from Spurs in the January transfer window: “Nothing has changed. He's not injured, so he can train with the team.

“Hopefully he can do that. In a normal situation he wouldn't even be considered for tomorrow but with the injuries we have with so many matches we have, maybe we have to accelerate his process and maybe we can.

“But of course I want him to be fully on board and to agree and depends on his feelings. But if he can be on the bench tomorrow and to come for 10 or 15 minutes to help the team that would be good for us.

“He did the training session on Sunday with the sports science in the morning then we had the information that he was perfectly fine to train on Monday with the team, which he did. So today second session with the team and hopefully the feelings will allow him to travel with us.”

The 2020-21 campaign has been a forgettable one for Alli, with just 12 appearances taken in across all competitions and 75 minutes of action seen in the Premier League.

He has fallen a long way since hitting 22 goals in the 2016-17 campaign, with end product drying up for a talented performer who has also tumbled out of the England fold.

There was plenty of talk regarding a move elsewhere being made in the winter window, amid rumours of interest from former Spurs boss Mauricio Pochettino at Paris Saint-Germain, but the deadline passed with no deal done.

Along with Alli, Tottenham are also waiting to discover whether Serge Aurier will come into contention to face Everton as the right-back faces a late fitness test.

Sergio Reguilon and Giovani Lo Celso are definitely out, with the Spanish full-back and Argentine midfielder nursing muscle problems.